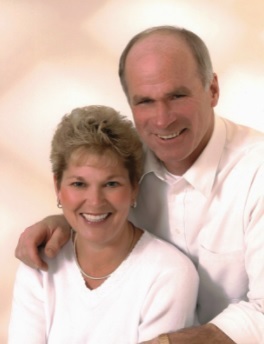 Donald Slattery (65) and Diane Postler-Slattery (62) tragically passed away in a private plane crash on March 8th, 2022, in Panama City Beach, FL. They would have celebrated 31 years of marriage on March 16th, 2022. They were married at New Hope Community Church in Wausau, WI in 1991. Throughout their time here on Earth, Don and Diane embraced every opportunity that came their way to the fullest. They lived faithfully, loved unconditionally, worked passionately, and gave generously.

Don was born in Wisconsin Rapids, Wisconsin on January 12, 1957, to William and Eleanor (Ponczoch) Slattery. He started his career at Aspirus Wausau Hospital in 1982, where he was a Biomedical Electronics Technician. Don started his own business called Tower Technical Services, LLP. He later earned an MBA from the University of Wisconsin, Oshkosh in December of 2002. He eventually found his way back to Aspirus Wausau Hospital where he retired as a Project Manager in 2012. Don was able to enjoy his retirement years supporting Diane and being dedicated to his family and friends.

Don had an undeniable passion for aviation. He loved working with his hands and tinkering on projects. He was both creative and methodical and could make or fix anything. Don loved people and having fun. He would drop anything and everything at a moment’s notice to help anyone. His steadiness, strength, and reason were matched by his warmth, love and deep devotion to Diane, his children, and his grandchildren. He was an amazing husband, father, “papa,” son, and brother.

Diane Postler-Slattery was born in Thorp, Wisconsin on March 30th, 1959, to Melvin and Julie (Dittbrender) Postler. She started her career at Aspirus Wausau Hospital as a nurse. She earned a MS in Nursing Administration from the University of Wisconsin, Eau Claire. She then earned her Ph.D. in Education Administration from the University of Wisconsin, Madison in 1995. Through her hard work and dedication, she became President and COO of Aspirus Wausau Hospital. In 2013, Diane was offered the opportunity to become President and CEO of MyMichigan Health in Midland, Michigan. Diane was passionate about healthcare and truly loved her career.

While many people knew Diane as an impressive leader of the community, she was an even more impressive wife, mother, sister, daughter, and grandmother. She was passionate about everything she did. She had the ability to make everyone feel at home with her infectious smile and big hugs. Diane loved the outdoors and often referred to riding horses as her “happy place.” Wherever she went, she left a trail of half-drank Diet Dr. Pepper cans. She was the caretaker, the comforter, and the counselor for those she loved.

Don and Diane were very active members of each community they resided in. They were involved in numerous organizations, boards, and charities. Though dedicated to service, they were never happier than when enjoying time and sharing laughs with their family and friends. Their lives were grounded in the faith they had in the Lord which was evident in the way they lived and how they gave of their time and energy.

She was preceded in death by Cliff Hettinga (Brother-in-Law) and Olive Jean (Infant Niece).

In lieu of flowers or gifts, any donations will be used to set up scholarships and given to various charitable organizations that Don and Diane felt passionate about.

Due to limited parking at the church, guests are encouraged to park at Highland Community Church, 6615 County Road J, Schofield, WI or St. John Lutheran Church, E10723 County Road Z, Wausau, WI. Shuttles will be providing transportation from these locations to New Hope Community Church from 9:30 am to 12:30 pm and again from 1:30 pm to 6:00 pm.

To order memorial trees or send flowers to the family in memory of Diane Postler-Slattery, please visit our flower store.