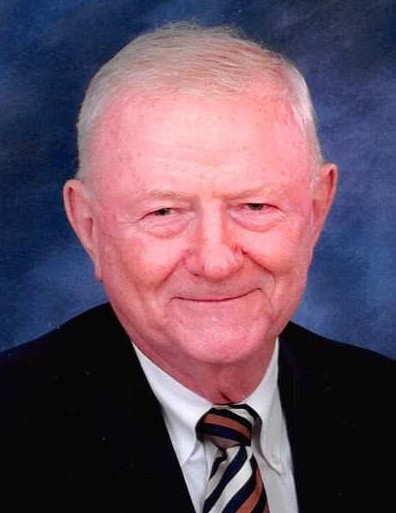 Edwin “Ed” Zagzebski, 83, of Schofield, peacefully passed away with his family by his side Thursday afternoon, July 11, 2019.


Ed was born December 23, 1935 to Alice and Edwin Zagrzebski of Stevens Point, Wisconsin.  He graduated from Maryheart High School in Pittsville.  He was a talented athlete in high school but was also taught that responsibilities to his family must be his first priority.  His parents allowed Ed to participate in football and basketball only when his potato harvesting duties on the family farm were complete.  Ed went on to receive a Bachelor’s degree with an emphasis in accounting from St. Norbert College.  God introduced Ed to his beloved wife of 61 years, Jeanette (Hamele), when he was recovering from minor surgery in the same hospital in which Jeanette worked as a nursing student.  Jeanette offered her new patient a back rub, setting into motion a lifetime of tender demonstrations of love for one another.  They were wed in St. Stanislaus Catholic Church in Stevens Point on June 14, 1958 and have inspired family and friends by their love of and dedication to each other since that day.


Ed began his professional career in Marshfield, Wisconsin as an accountant at Weyhauser Company.  In 1966 he accepted an executive position with Gould /Marathon Battery Company, relocating his family to the D.C. Everest area where he has remained a resident and community leader until this day.  Ed next entered the banking industry in 1970 as Vice President of First American National Bank and was eventually promoted to President and Chief Operating Officer of Central Wisconsin Bankshares.  Ed played a key role in growing the holding company to 29 banks.    After “retirement” he re-engaged in banking, participating in the development of two Wausau community banks. He also served as a Director for the Volm Bag Company (Antigo) for the past 25 years—a position that brought him both professional fulfillment as well as treasured friendships.


Ed demonstrated his commitment to community service in myriad ways throughout his life.  He served on numerous committees, non-profit groups, and State of Wisconsin appointments.  He spent countless hours coaching youth athletics, combining two of his passions—sports and developing the character of youth.  Ed was appointed by Governor Thompson to the Wisconsin Housing and Economic Development Authority (WHEDA) Board of Directors where he served for 14 years.  He proudly served as President of the Wausau Country Club, leading several projects including the clubhouse reconstruction. A few of Ed’s many acknowledgements include Everest Metro Police recognition for 25 years of service, Schofield City Council recognition for community service, Lutheran Social Services Leadership award and being honored as Outstanding Young Man of America and Outstanding Young Man in Wausau.  Ed was a devout Catholic and an active member of St. Agnes parish.  He belonged to the Knights of Columbus and served on various parish committees and Catholic Diocese of LaCrosse projects.


Throughout his life Ed was active in many sports.  He was strategic and highly competitive in everything he did.  He played softball, touch football, racquetball and golf for many years and later in life discovered the enjoyment of pickleball. Ed along with his brother Ralph were instrumental in bringing game of pickleball to the Wausau area.  He and Jeanette dedicated much of their time to family activities—seldom missing any event or occasion to get together.  He loved anything sports related, especially when his children or grandchildren, the Green Bay Packers, St. Louis Cardinals or Wisconsin Badgers were involved.


Ed was recognized by all who knew him as a man of honor with extraordinary God-given gifts and talents.  He possessed a brilliant mind and tirelessly gave of himself to help others.  He lived life with exuberance and enjoyed conversations with best friends as well as people he just met.  Everyone who knew him enjoyed being with him and has his or her own story to share about his wit and wisdom.  He was a role model, mentor, friend and the rock on which many leaned for support.  Ed looked for and found the good in everyone.


In addition to his beloved wife, Jeanette, Ed is survived by his five children—Connie (Ken) Zebro of Wausau, Ken (Mary) Zagzebski of Indianapolis, IN, Dan (Dana) Zagzebski of Cleveland, OH, Steve (Kary) Zagzebski of Tarpon Springs, FL, Pam Zagzebski of Blaine, MN—15 grandchildren, and 8 great grandchildren. He is also survived by his siblings Marilyn (Bill) Heilman, Marge (Casmir) Bernas, Ralph (Rita) Zagrzebski, David (Barb) Zagrzebski, Ted Zagrzebski, Linda Kight and sister-in-law Virginia Zagrzebski.  Ed was preceded in death by his parents, granddaughters Julia Zagzebski and Amanda Zebro, brothers Richard and Conrad Zagrzebski, sister-in-law Janice Zagrzebski and many of his close friends and relatives.
Mass of Christian Burial will be held at 11:00 a.m. on Tuesday, July 16 from 9:30 a.m. at St. Agnes Catholic Church 6101 Zinser St, Weston, WI 54476. The Rev. Greg Bohren will officiate. Visitation will be held on Monday, July 15, from 4:00 – 8:00 p.m. and again on Tuesday, July 16 from 9:30 a.m. until the time of service; all at the church. A police honor guard will be in attendance. Interment will follow at St. Agnes Parish Cemetery.


“For when the One Great Scorer comes to mark against your name, He writes not that you won or lost, but how you played the game.”  Grantland Rice
Brainard Funeral Home - Everest Chapel is assisting the family with arrangements. Online condolences may be shared at www.brainardfuneral.com.

To order memorial trees or send flowers to the family in memory of Edwin "Ed" Zagzebski, please visit our flower store.