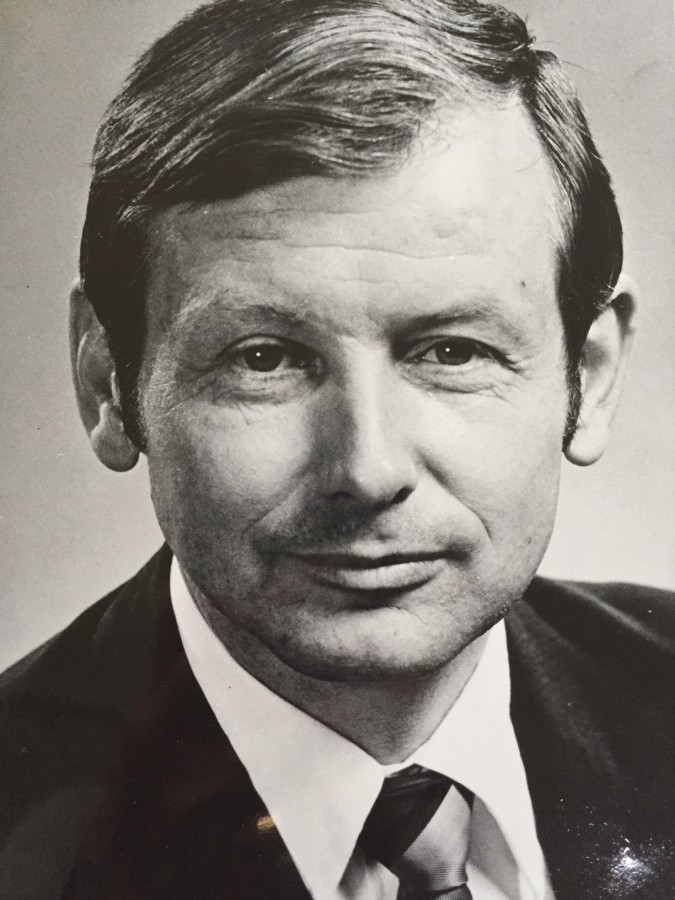 William A. Harvey (Bill), age 84, passed away in Wausau, WI on July 8 after 22 years of battling with Parkinson’s Disease. He was the beloved husband of Lucy “Susie” (Feichter) Harvey and was born in Fort Atkinson, WI to Adam and Ruth Harvey.

Bill studied Animal Husbandry at UW-Madison, then signed up for service in the U.S. Army. Thanks to his service as a Military Policeman while stationed in Alaska, he found his lifelong calling for law enforcement and joined the Wisconsin State Patrol (WSP). During 39 years with the WSP he served in Evansville, Brodhead, Monroe, Green Bay, Fond du Lac, Madison and Wausau. One might say that he joined the State Patrol to see our beautiful state. From 1970-78, Bill was Police Chief at UW-Milwaukee after which he became Administrator of the Wisconsin State Patrol. Throughout his life Bill kept up with what was happening in the WSP.

Wherever he was, Bill was one to get involved. He was an usher and avid member of St. Andrew Lutheran Church’s dartball team. Through love of the outdoors, he joined the Board of Directors for the Wisconsin Woodland Owners Association. Out of passion for his work and the people of the WSP, after he retired he became a co-founder of the Wisconsin State Patrol Alumni Association and served as president.

Outside of work, Bill loved to fish, hunt and host friends at his primitive cabin and land in the Northwoods of WI. Bill also enjoyed traveling with his family and friends and had many serendipitous adventures (or hair-raising according to his sister-in-law Kay (John) Feichter-Thistlethwaite).

Bill could talk forever about his children Bill Scott Harvey, David (Justina) Harvey, and Katrina (Dan) Vanden Heuvel and his busy and personable grandchildren - in order of height: Noah, Luke, Mary and Margaret Harvey, and Seneca and Tripp Vanden Heuvel.

Bill spent his last years at Pride, TLC where the caregivers and staff became more than their role; they became friends. His family thanks them for their compassion, kindness, helpfulness, and patience.

The funeral service will also be held at St. Andrew Lutheran Church on July 20, 11:00 a.m.

In lieu of flowers, please consider donating to one of the organizations posted below.

A video recording of the service will be available after July 20, 2019

To plant a beautiful memorial tree in memory of William A. Harvey, please visit our Tree Store.

To order memorial trees or send flowers to the family in memory of William Harvey, please visit our flower store.