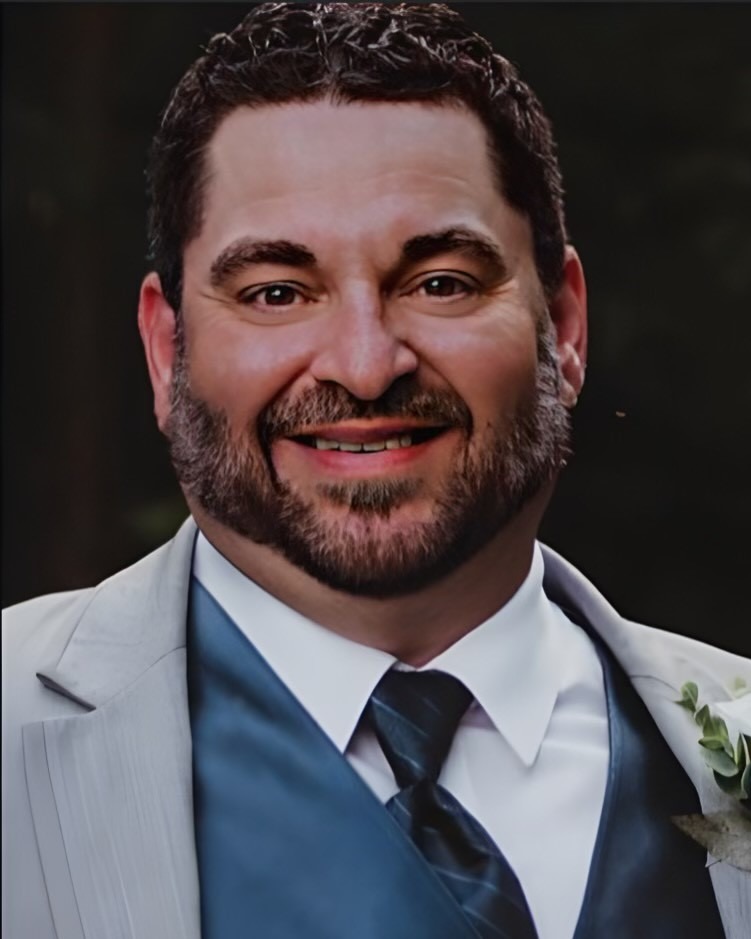 Aaron was born on September 28, 1969, to Donald and Kathy (Bondy) Abrams in Monroe, Michigan. Aaron was one of four siblings. He worked as a logistic technician for C-Tech. Aaron was an amazing father to his daughters and was the best papa to his grandchildren. He had the best sense of humor, making a whole room bust out laughing with a crude joke. He was also extremely emotional and sensitive. He cried during each first day of school for his daughters and then for his grandchildren’s firsts. He lived for entertaining the children, playing silly games, and cooking for the whole family. Aaron could often be heard laughing hysterically by himself to the Office or South Park. He was a momma’s boy and was so attentive to everyone that he was around. Aaron loved to take naps on a Sunday afternoon and snuggling with his sweet dachshund, Carmel. Aaron consistently went out of his way to be there for family and friends, often putting other’s needs well before his own, and was loved by so many.

Aaron enjoyed fishing, hunting, golfing, playing pool, trap shooting, cruising in his neon green Dodge Dart, watching his favorite NFL team, the Cowboys, and rooting for the Brewers. Aaron had a love for music and has attended numerous concerts and music festivals over his lifetime. As soon as his girls could talk he had them listening to Metallica and yelling “Rock on!” in their car seats. He loved collecting CDs of his favorite bands and listening to them while cruising in his Dart. Above all, his greatest joy was being with his children and grandchildren, and caring for his mom. His family meant everything to him, and he will be missed deeply.

He is preceded by his dad Donald, grandparents, uncles and one aunt.

Brainard Funeral Home is assisting the family with arrangements. To share memories and condolences with the family, please visit, www.brainardfuneral.com.

To order memorial trees or send flowers to the family in memory of Aaron Abrams, please visit our flower store.