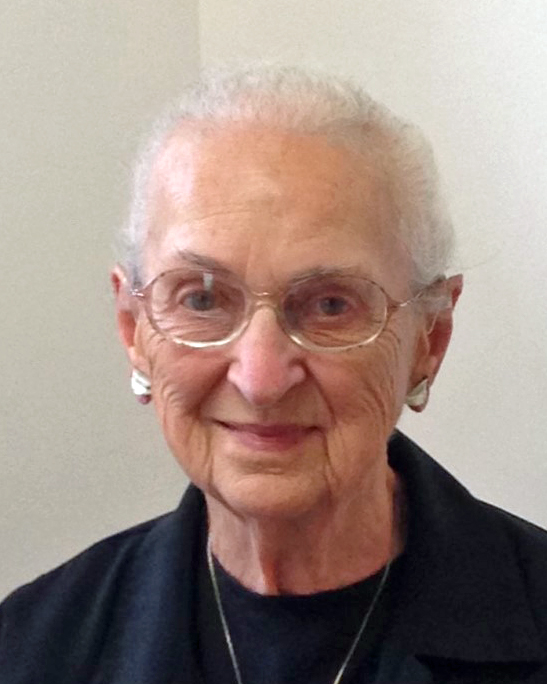 Adeline R. Brandenburg, 105, of Wausau, died peacefully at her home on Sunday, July 4, 2021, with her daughter, Karla Westcott by her side.

She was born June 14, 1916, at home in the Town of Texas, daughter of Gustave and Ottilie (Edelburg) Prellwitz.  Adeline married Charles (Charlie) Brandenburg on January 1, 1942. They met by chance in Brokaw-Adeline had visited her sister, Helen, at work and they decided to watch the baseball game that Charlie was pitching. He always said that he loved her the first time he saw her. Adeline graduated from Wausau High School in 1934.

Adeline worked at First American Bank (now BMO Harris) for decades and supervised the Safety Deposit Box department for many years prior to her retirement in 1978. Adeline was also a member and officer of the American Institute of Banking and attended meetings and conferences on behalf of First American Bank across the country.

Adeline was intelligent, well spoken (fluent in German), classy, confident, compassionate, and kind. Countless folks have mentioned that she was one of the most wonderful people they’d ever met. She was very proud of her German heritage and believed that we are all immigrants. For many years after WWII, she sent care packages to over 70 family members in Germany. On a visit to Germany many years later, she learned the children of the families she helped had kept small mementos from her care packages. She traveled to Germany on numerous occasions, the first time in 1927, and also visited France, Austria, and Russia. While in St. Petersburg, Russia, at the age of 81, she fulfilled a lifelong dream to walk the Winter Palace Parade Grounds where her father marched and served as a member of Czar Nicholas II’s Honor Guard. She traveled extensively throughout the United States and visited Costa Rica twice. She had an impeccable sense of style and was always well dressed. She also loved shoes, especially high heels.

Adeline loved her family, especially her granddaughters. Her granddaughters spent countless hours playing, crafting, and cooking in her big pink house. She made them Halloween and Fasching costumes and packed their lunches in crisp white bags with pictures of flowers on them.

She was a legendary hostess and held countless large family gatherings.  Every Sunday for 23 years, she cooked for and dined with her brother Walter (and anyone else that wanted to join), until the time of his death.

She had a large garden and enjoyed growing vegetables and flowers. She had an uncanny ability to find four leaf clovers in her yard. We are blessed with fond memories spent with her in the garden and at her home.

Adeline also volunteered throughout her life. She was a member and officer of the Deutscher Club and the Gladiolus Society. She was an active member and volunteer at Zion Lutheran Church. She volunteered at the Bethesda Thrift Store until she was 101. She also had her driver’s license renewed at the age of 101 and loved to drive fast.

She is survived by her cherished daughter Karla (Brandenburg) Westcott, granddaughters Keele (Al) and Devin; Many nieces, nephews, great nieces and great nephews, and cousins in the US and Germany.

Funeral services will be on Sunday, July 11 at Zion Lutheran Church (709 N. 6th Street, Wausau).  Visitation will be from the 3:00 pm until the time of the funeral service at 5:00 pm on Sunday. Rev. Steven Gjerde and Rev. Christopher Johnson will officiate.  Burial will be at Pine Grove Cemetery on Monday.  Brainard Funeral Home is assisting the family with the arrangements; you may sign our family guestbook at brainardfuneral.com. In honor of Adeline’s Sunday dinners, a catered chicken dinner (to go) will be available to guests during the visitation and service.

In lieu of flowers, memorials may be directed to the family to be used towards a permanent memorial designated in her honor at Zion.

To order memorial trees or send flowers to the family in memory of Adeline Brandenburg, please visit our flower store.