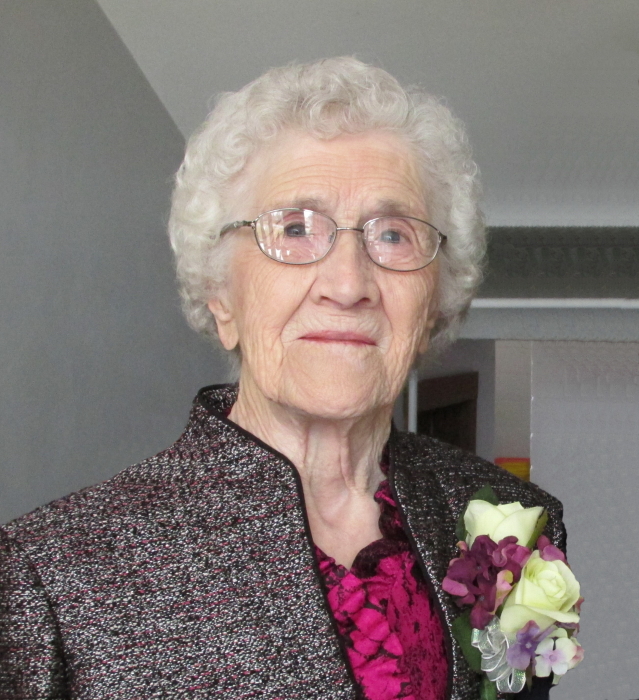 Alinda Lilas Gilray (Gast) was born in the town of Birnamwood on December 6, 1919 to the late Gustave Albert and Ida Augusta (Heiman) Gast.  She became a child of God on February 8, 1920.  Alinda was united in marriage to Oliver Gilray on December 15, 1951 and lived in Schofield.

A member of Mt. Calvary Lutheran Church, she was active in Women’s Bible Studies, the Altar Guild, and the World Relief Quilting groups.  In addition, her garden and flowers were her passion.

Funeral Services will be held on Tuesday, November 5, 2019, at 11:00 a.m. at Mt. Calvary Lutheran Church, 503 Schmidt Ave., Rothschild.  Rev. Rich Block will officiate.  Visitation will be from 9:30 a.m. until the time of service at the church. Burial will take place at Forest Cemetery, Birnamwood. Brainard Funeral Home is assisting the family with arrangements.  Online condolences can be directed to the family at www.brainardfuneral.com.

To order memorial trees or send flowers to the family in memory of Alinda Gilray, please visit our flower store.