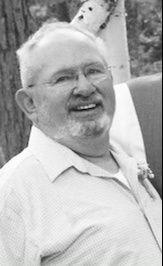 On October 1, 2021, with his wife at his side, the incomparable Allan H. Schiefelbein, 85, peacefully passed away at Mount View Care Center, after a long battle with dementia.

He was born on September 26, 1936, to Harold and Margaret (Jonas) Schiefelbein in Milwaukee. As a youth, he grew up in Milwaukee and Dunbar, where he developed a love of the outdoors, which would lead him back to that area more than once in his lifetime. He met his beautiful bride, Bertha Herek, in Milwaukee in 1959. They married at St. Mary of Mount Carmel in Fancher, in 1960. They resided in Milwaukee until he made the courageous decision to relocate his family to Wausau in 1971, where he was given an opportunity to perfect his true calling, which was in the field of sales. He had a variety of hobbies throughout the years, which all involved socializing with others. He especially enjoyed sharing these interests with his family.

Services will be held Saturday, October 9, 2021, at the Town Hall at Willow Springs Garden, 5480 Hillcrest Drive, Wausau, WI, 54401. The gathering will commence at 1:30, with services being held at 2:00. Sharing of memories and luncheon will follow. In lieu of flowers, the family asks that donations be made to the Alzheimer’s Association.

To order memorial trees or send flowers to the family in memory of Allan Schiefelbein, please visit our flower store.