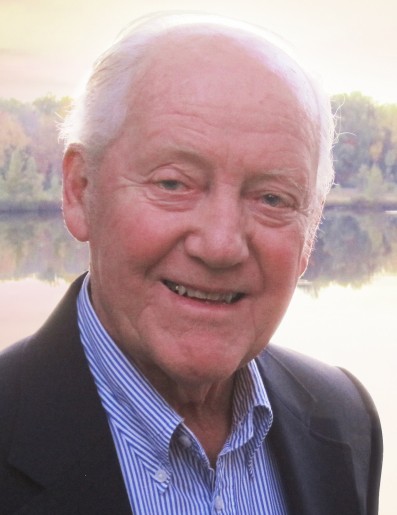 Allen Earl Johnson (Al) stepped quietly into his Heavenly home on Sunday, October 27, 2019.  He had been looking forward to meeting His Savior and seeing the “place that Jesus had prepared for Him!” John 14:2-3

Al was born on January 19, 1931 in Stoughton, WI to Julius and Beatrice Johnson. He grew up with four brothers, (Duane, Robert, Richard and Jack).  He proudly served in the US Navy during the Korean conflict.  On January 31, 1953, he married his high-school sweetheart, Mary Onsrud.  After serving his country he attended Stout State University in Menomonie, WI where he earned both a Bachelor’s and Master’s degree in Industrial Education.

For over 30 years, Al excelled in teaching Tech Ed at both Wausau East and West High Schools.  After retiring, Al and Mary enjoyed their winters in Englewood, FL and summers at their lake home in Conover, WI.

All aspects of his life included a profound ability to challenge those with whom he taught and worked, to think beyond the status quo. He pushed the boundaries with innovative thinking, determination, hard work, and high standards, all the while seeking the greater good and benefit of all.  His peers recognized these qualities by honoring Al with his selection as Wisconsin Teacher of the Year award during his career.  He was the only teacher in the Wausau School District to ever be recognized at this level.

His building prowess was embodied by artistic creative craftsmanship.  All of his projects were evidence of that, from homes he built with fieldstone fireplaces to log furniture.  Quality flowed from his hands.

When it came to adventures, Al led the way!  He enjoyed fishing expeditions to Northern Wisconsin and Canada, numerous trips to Alaska, hiking in the Canadian Rockies, and a 54-day excursion through Mexico with Mary and three young boys!  He traveled the world and gave his skills to help build churches with Mary and work teams.  People were drawn to follow his “can-do” optimism and passion.

Al was preceded in death by his wife, Mary, in 2018. He is survived by his brother Robert with wife Dorothy, sister-in-law Arlene Johnson, and brother-in-law John Sime. His legacy lives on through three sons David (Joyce), Michael (Roxann) and Thomas, five grandchildren and their spouses, and two great-granddaughters, along with nieces, nephews, former students and countless friends. Undoubtedly, he will be greatly missed by his family as well as everyone who had the good fortune to know him.

A celebration of life service will be held at 12:00 noon on Monday, November 25, 2019 at First English Lutheran Church in Wausau, WI.  Visitation will be held from 11:00 a.m. until the time of service at the church. A light lunch will follow the service.  Memorials will be directed to a scholarship in Al’s name to go to students pursuing a career in Tech Ed or building trades.

To order memorial trees or send flowers to the family in memory of Allen "Al" Johnson, please visit our flower store.