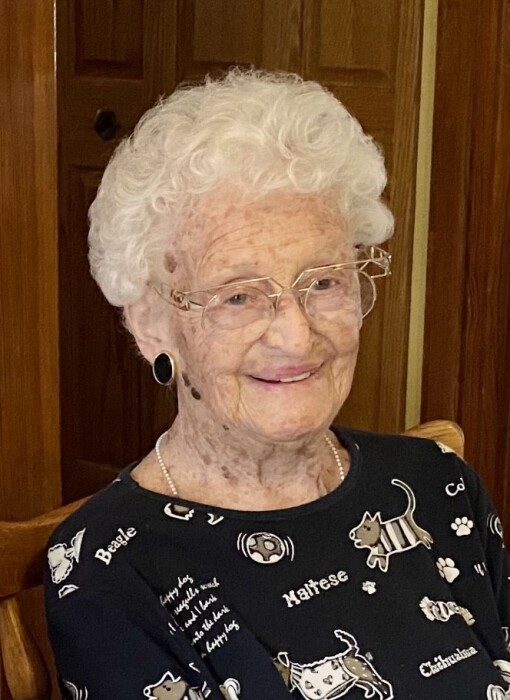 Barbara was born July 27, 1927 in Wausau to the late Herbert and Louis (Harkness) Genrich.  After graduating from Wausau High School and Lawrence College Barbara married her longtime sweetheart Harlan Hunger, better known as Fuzzy.  Barb and Fuzzy were married 62 years and had two children.

Barbara was incredibly active in the community.  She served on the Wausau School Board from 1967 to 1972.  Barb and Fuzzy also established the first Junior Golf Program at the Wausau Country Club.  Barbara was a member of the Girl Scout Council Board of Directors, a Girl Scout troop leader, a cub den mother for the Boy Scouts of America and a Sunday school teacher.  In 1971 Barbara and Fuzzy purchased Marathon Travel Agency in Wausau.  They traveled the world visiting several countries including Europe, the former USSR, China and more than 40 Caribbean Islands.  They hosted a weekly TV Show “Travel Talk” which aired on Sunday nights.  Barb became involved in the Wausau Area Visitor and Convention Council, served on the Board of Directors of the Woodson YMCA, served as Director of the Central National Bank and was on the Board of Directors of the Wausau Area Chamber of Commerce and Treasurer of the First United Methodist Church.  She was the first woman President in the 85-year history of the Wausau Chamber.  Amongst her achievements Barbara was proud to receive the Athena Award and the prestigious Woman of Vision award.

In 1993 Barbara and Fuzzy sold their business and simplified their lives.  Barbara loved playing bridge, cribbage, golf and spending time with family.  Barbara had many dogs throughout her life and loved them all.  Her favorite saying was “I like most dogs better than most people”.

Barbara was an avid sports fan, a Green Bay Packer season ticket holder, attending the 1967 Ice Bowl game.  She was a huge Duke Blue Devils fan and enjoyed cheering for Wausau East, Brewers, the Bucks and the Badgers.

She will be remembered as a thoughtful and headstrong leader and as one friend commented “often wrong but never in doubt”.

Barbara is survived by her children Terri Towle and her husband John Towle, Scott Hunger and his wife Ann (Becker) Hunger.  Her grandchildren Sean Towle, Caitlyn (Towle) Lameira, great grandchildren Sawyer and Gavin Towle.  She is preceded in death by her husband Fuzzy and grandchild Brodie Towle.

The family welcomes you to join them for a visitation on Thursday, September 9, 2021 from 4:00pm – 6:00pm at Brainard Funeral Home, 522 Adams Street, Wausau.  Services and burial will be private.  In lieu of flowers memorials may be made to the Marathon County Humane Society or the First United Methodist Church.  Brainard Funeral Home is assisting the family.

To order memorial trees or send flowers to the family in memory of Barbara Hunger, please visit our flower store.