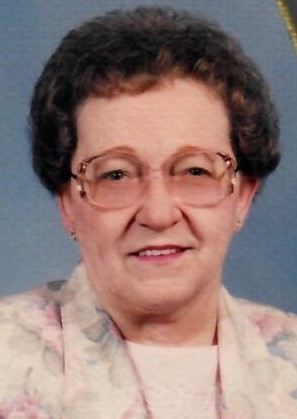 Betty J. Wanta, 91, of Weston, passed peacefully into the arms of Jesus on November 3, 2019 at Aspirus Wausau Hospital after a brief illness.


Betty was born December 3, 1927 in Oconomowoc to the late Arnold and Adela Burchardt. She was the second oldest of 8 children. She graduated in 1946 from Tomahawk High School. Her first job was working at a glove factory in Merrill, followed by JC Penney and  Employers Insurance in Wausau. She later became a bookkeeper for over forty years at the family business. Betty met Franklin Wanta on a double blind date in 1948, marrying September 30, 1950 at St. Stephen Lutheran Church, Wausau, where he was a member. This year they celebrated 69 years together. Frank and Betty have two children, Jeff Wanta and Linda Wanta, both of Weston. Betty was an avid bowler- competing in several state and national tournaments. She and her daughter, Linda visited Florida, Alaska, and Hawaii together. Flower gardening was another passion of hers. She was a Brewer and Packer fan, attending several games between the two teams. Betty was a member of the Saint Stephen Lutheran Church Women Naomi Circle, and was treasurer of the church women’s group for many years.  She also belonged to the VFW and American Legion Auxiliary.


A funeral service for Betty will be held Friday, November 8, 2019 at 1:00 pm at Brainard Funeral Home- Everest Chapel, 5712 Memorial Court, Weston. Visitation will be held from 11:00 am until the time of service.

To order memorial trees or send flowers to the family in memory of Betty Wanta, please visit our flower store.