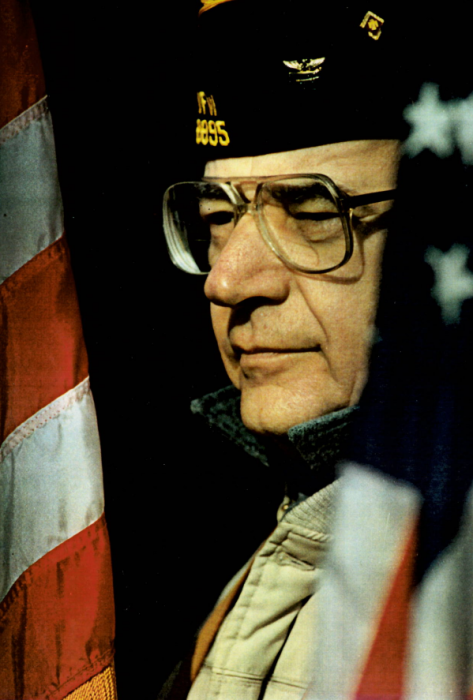 Bill Markstrum passed away peacefully in his sleep on Friday, May 6th, at Acorn Hill Senior Living in Mosinee.

Bill was born October 25, 1927 to William C. Markstrum, Sr. and Emma (Babicky) Markstrum.  He graduated from Wausau Senior High School, then took his road trip of a lifetime to California on his motorcycle.  While there, he was drafted into the Army at the start of the Korean War.  He was a heavy weapons platoon leader on the front lines.  He returned home and married his sweetheart, Dolores “Dee” Lietz, on November 8, 1952 at St. Paul’s Catholic Church in Mosinee.  Bill went back to school on the GI Bill, receiving a degree in drafting from North Central Tech.  Bill and Dee had three children – Theresa, Keith and Karen.

Bill worked for Zimpro in Rothschild, and then was transferred to New Jersey when the engineering division of the parent company, Sterling Drug, moved to the East Coast.  Bill enjoyed his many working trips, going to such places as England, Spain, Portugal, Greece, Italy and Puerto Rico to build buildings for Sterling Drug.  Bill retired in 1987, and he and Dee moved back to Wausau to be closer to family and old friends.

Bill will be remembered for his quick wit and his prolific poetry.  He was known for dashing a poem off the top of his head for a flight attendant, or a person he met in the store.  He wrote poems for birthdays, obituaries and most holidays, and became known as the “Poet Laureate of Resurrection Parish.”

Funeral services for Bill will be held Saturday, May 28th at the Church of the Resurrection, 621 N. 2nd Street, Wausau.  Visitation will take place from 9:30 AM until the time of the service at 11:00 AM.  Brainard Funeral Home will be assisting the family with the arrangements.

The family would like to thank the wonderful caregivers at Acorn Hill Senior Living for taking such loving care of Bill and Dee in their later years.

In lieu of flowers, the family requests that donations in Bill’s memory may be made to the Never Forgotten Honor Flight, 225780 Rib Mountain Drive #234, Wausau, WI 54401.

To order memorial trees or send flowers to the family in memory of Bill Markstrum, please visit our flower store.

Church of the Resurrection

Church of the Resurrection