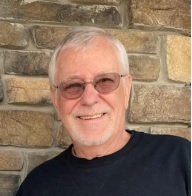 Carden Stephenson, Wausau, WI, (formerly of White Lake, WI), entered his eternal home in Heaven with Jesus, his Savior, on Sunday, May 30, 2021. Born on February 19, 1946, to Ralph and Esther Stephenson, in Chicago, IL, he married Lynn Ressler, October 16, 1965, at Midwest Bible Church, Chicago.

He is survived by Lynn (married 55 years), sons Maxwell and Cory (Jennifer), grandchildren Emily, Hailey, and Nicholas Stephenson, his brother, Randy (Bonnie) Stephenson, sister-in-law, Helen Ressler, nieces and nephews, and many dear friends. He was preceded in death by his parents and his brother-in-law, Bob Ressler.

Early in life, Carden accepted the forgiveness of sins by placing his trust in Jesus as his Savior. That lifechanging decision was the beginning of a life of love for and service to his God.

Carden served in the United States Army for three years, residing in Germany for two of those years. Next, he was a firefighter, paramedic, and plumber in Hoffman Estates, IL, for 20 years. Carden considered serving most recently at Silver Birch Ranch (White Lake, WI) for 20 years as one of the most fulfilling seasons of his life. Coffee breaks with Carden were memorable times of sharing life with his coworkers. He always had a story or joke to tell and brighten someone’s day.

Carden and Lynn offered long-term hospitality in the extra rooms at their homes to many young people in transitional stages of life. Those young people have become lifelong adult friends.

Another highlight of Carden’s life was investing as a leader in children’s weekly youth ministry in Arlington Heights, IL, and Antigo, WI, in the AWANA and CrossTrainers Youth Clubs, and as a Sunday School teacher, for a total of 50 years of service.

A celebration of Carden’s life will be held on Monday, June 7, at 1pm at Antigo Community Church, 723 Deleglise Street, Antigo, WI. There will be a visitation at the church from 12-1pm and refreshments following the service.

To order memorial trees or send flowers to the family in memory of Carden Stephenson, please visit our flower store.