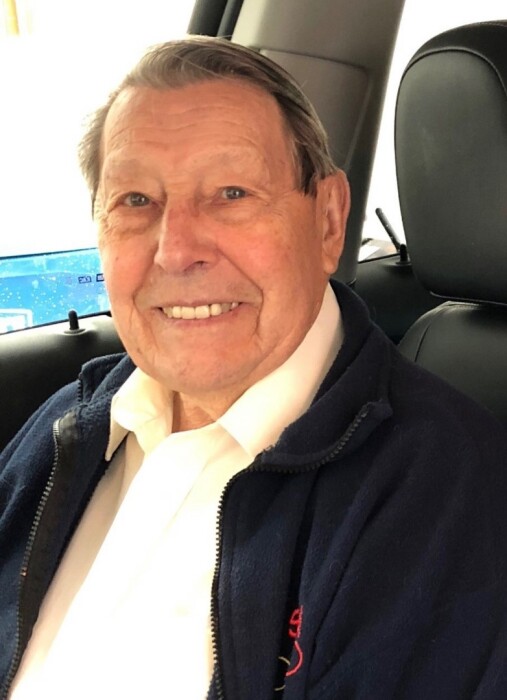 Carl Edwin Hertting, age 95, passed away peacefully Sunday, February 13th.  Carl was the son of the late Hugo and Alta Hertting, Milwaukee, WI.  Carl was a husband, father, grandfather and great grandfather. His legacy extends far beyond the many titles he held to those around him. He was a World War II veteran, a proud graduate of the University of Wisconsin - Madison, and a longtime member of St. John’s Episcopal Church. Carl was a long time employee at Wausau Insurance as an underwriter (CPCU) retiring as an Assistant Vice President. Carl served on national boards for Workmen’s Compensation Insurance and worked in Chicago, Indianapolis and Wausau.  Carl was a member of Golden Kiwanis, as well as a SCORE volunteer for many years.  He also was a member of the Woodson YMCA for over 50 years; swimming miles in their pools.

Carl was endlessly giving to those around him, whether that be knowledgeable advice, financial assistance, or a corny joke that couldn’t resist a smile. He married Sarah Louise (Sally) Sell in 1951, recently celebrating 70 years of marriage.  Together they had six children: Kathy (Daniel) Ohrmundt, Susan (Jon) Shilling, Laurie (Clyde) Joyce, Michael Hertting, Karen (Greg) Harter, and Scott (Robin) Hertting.

Besides his parents, all four of his siblings (Gertrude Hertting, Dorothy Klein, Victor Hertting, and Thomas Hertting) preceded him in death.  There will be a Celebration of Life on Saturday, March 12th, at St. John’s Episcopal Church, 330 McClellan Street, Wausau at 11:00 AM. Visitation will begin at 9:30 AM until the time of service at the church. In lieu of flowers, please consider a memorial to a Wausau non-profit that serves children and families in need, as Carl often did.

To order memorial trees or send flowers to the family in memory of Carl Hertting, please visit our flower store.