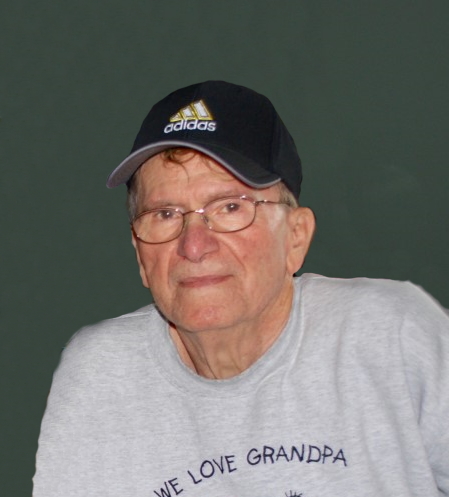 Charles Roger (Chuck) was born April 30th, 1933 in Rib Falls, WI to the late Lawrence and Frieda (Hohndorf) Heise. Growing up in Rib Falls he attended Hillside grade school and graduated from Marathon High School (Class of 1950). Chuck then enlisted in the US Navy and served from 1952-1956, for which he was very proud. After his honorable discharge from the military, he attended college at UW LaCrosse (Class of 1960). He was married in 1964 and settled in Rib Mountain, eventually residing in Kronenwetter for many years where he raised his family. Chuck moved to Madison last year to be closer to his son. He was employed as a sales rep for Merrill Distributing Company for 30 years until his retirement. More recently, Chuck also worked for the Handleman Company and the Wausau Daily Herald newspaper.

Chuck was hard working but also enjoyed spending time with his family, especially with his children and grandchildren. He loved gathering with family at holidays and special events. His interests included reading, being outdoors gardening and fishing with his family in LaCrosse and northern Wisconsin. He was an avid Wisconsin sports fan, closely following the Badgers, Packers and Brewers. In addition, Chuck was a member of the Wausau VFW Burns Post 388, and past member of the Wausau Moose Lodge 1576.

He was preceded in death by his daughter, Lisa in 2012, and his older sister Elaine (Arthur) Steidinger.

Funeral Services will be held at 11:00 a.m. Monday, September 30th at Rib Falls United Methodist Church, Rib Falls, WI.  Burial will be in Rib Falls Methodist Church Cemetery, with Military Honors accorded by the Wausau VFW Burns Post 388 and the State of Wisconsin Military Honors Team. Visitation will be held on Sunday, September 29 from 4:00-7:00 p.m. at Brainard Funeral Home in Weston, and again on Monday from 10:00 a.m. until time of services at the church.  Online condolences can be directed to the family at www.brainardfuneral.com.

In Lieu of flowers, memorials may be made in Charles’ memory to the Lincoln County Humane Society, 310 N Memorial Drive, Merrill, WI. 54452.

To order memorial trees or send flowers to the family in memory of Charles Heise, please visit our flower store.