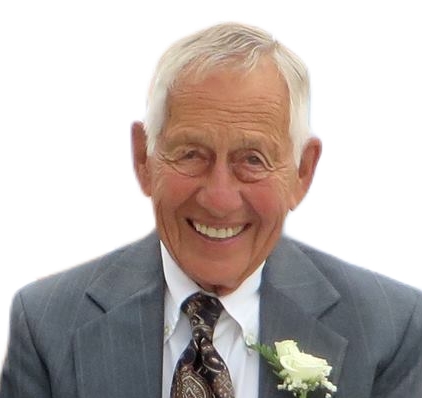 Charles W. Shipway, 92, of Wausau went to see his Lord on January 16, 2022 with his beautiful wife of 67 years, Arleen, holding him in their bed at home where he wanted to die.  He passed with the assistance of Aspirus Hospice care after having been hospitalized with interstitial lung disease six days prior.  During one of Arleen’s visits with him at the hospital, he asked to have her wheeled over to him so he could hold her hand for a minute as he could not get up to hug her – nothing quite like loving touch. In 1976 he contracted Guillain-Barre Syndrome as a reaction to the swine flu shot.  For the next two years Arleen nursed him back to health. Since that time, his biggest concern was taking care of Arleen.

Charles was born to Charles and Selma (Hemler) Shipway in Wausau.  Upon graduation from Wausau High, he lived a short time in Milwaukee, then joined the Air Force serving during the Korean conflict in Alaska as an airplane mechanic. He thoroughly loved participating in an Honor flight in 2014.  After the Air Force he returned to Wausau where he met Arleen and they raised five children.  He began employment at GTE as a line man and retired as a supervisor in 1986.

In retirement he worked for Walmart and at the YMCA part-time until 2019.  He loved his time at the YMCA; in his younger years one could see him swimming laps every lunch hour.  He achieved his goal of logging enough miles to lap the planet (24,901 miles). He served for decades as the Treasurer of Catholic Order of Foresters.  His volunteer interests included ushering at The Grand Theater, staffing the polls on election days, refereeing for the Gus Macker basketball tournament, staffing at the Wausau Tri-Athlon, and Videotaping services at St. Stephens Lutheran Church.  Chuck and Arleen traveled extensively in retirement and spent winters in Scottsdale for a number of years. He was a constant home project guy – he loved them; often saying he could not live in an apartment or condo as he would miss doing home projects.

Charles loved the simpler things in life.  Sitting in the sun with Arleen, building a fire on cool nights, watching any Wisconsin sports with the cat on his lap, an ice cream bar for lunch and playing with the great grand kids. On his last day when he had very little energy left, he lifted his hands and growled like a tiger with a great grandchild.  When the grandkids were younger, he and Arleen babysat and played with them – a very special time in their lives.

Along with his parents, Charles was preceded in death by his sister Virginia Shipway, sister-in-law Joyce Brown, brother-in-law Gordon Brown, and mother-in-law Hattie Rau.

A private family service is being arranged by Brainard Funeral Home, Wausau. The family wishes to extend their gratitude to Aspirus Hospice Care for their care and support. In Chuck’s honor, donations can be directed to St. Stephens Church, Wausau or the Marathon County Humane Society.

To order memorial trees or send flowers to the family in memory of Charles "Chuck" Shipway, please visit our flower store.