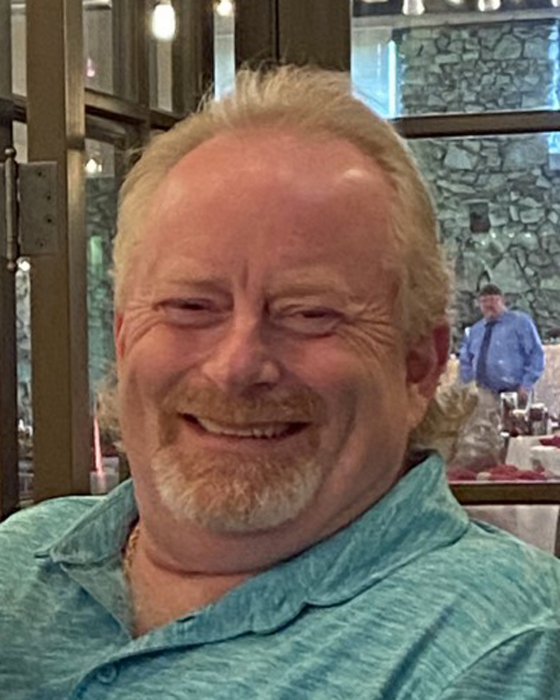 He was born on April 22, 1965 in Arcadia, CA to his surviving parents Thomas and Rosella Waldvogel of Aniwa, WI. He also leaves behind sisters Brenda Stevens, Lynn (Jeremiah) Murphy, Wanda (Cliff) Blundon, and Dorothy (Nick) Chase.

Chuck was a man of many passions, his greatest accomplishment was being a father and grandfather. Always supportive, whether it was leaving a note to say “I love you” or attending his grandchildren’s activities with enthusiasm. He was the life of the party whether it was a wedding, a birthday celebration, or a backyard fire. His iconic dance moves still bring smiles to faces even today. Whenever possible he could be found camping, escaping Up North every summer was a beloved family tradition. Chuck loved being outdoors- snowmobiling and ATVing, and racing ATVs with his sons. He spent time every year at Crandon Off-road Raceway, even getting the chance to race himself. He worked hard and played harder. Anyone who knew Chuck could attest to his infectious personality and humor. Where Chuck was, laughter followed. His smile and laughter will be missed so dearly as well as his love and dedication to his family.

The funeral service for Chuck will be held at 11:00 a.m. on Saturday, December 18, 2021 at the Brainard Funeral Home’s Everest Chapel, 5712 Memorial Court, Weston, WI. A visitation will be held on Saturday at the funeral home from 9:00 a.m. until the time of service.

To order memorial trees or send flowers to the family in memory of Charles "Chuck" Waldvogel, please visit our flower store.