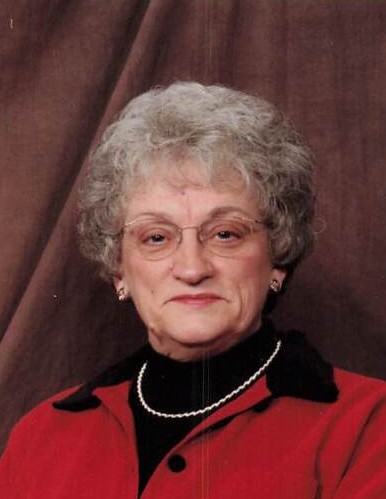 Chris was born August 29, 1937 in Wausau, WI the daughter of the late Frank and Lucy (Koppa) Wilichowski. She married Jerome L. Martin September 13, 1958 at Sacred Heart Catholic Church in the town of Cassel.

Chris was a homemaker while her children were at home and was owner and operator, with her husband, at Martin’s Beer & Liquor in Rothchild for 11 years. Chris retired from Shopko in Rothchild in 2008. She enjoyed crafts, needlework, playing cards, polka music, the Packers, baking, and the Casino. Chris enjoyed being with family and friends.

Funeral Mass will be 11:00 am Tuesday, August 31 at St. Therese Catholic Church, Rothchild. With visitation beginning at 10:00am. Burial will be at Gate of Heaven Cemetery. Funeral Service will be livestreamed at www.brainardfuneral.com. Brainard Funeral Home – Everest Chapel is assisting the family.

To order memorial trees or send flowers to the family in memory of Christina "Chris" Martin, please visit our flower store.