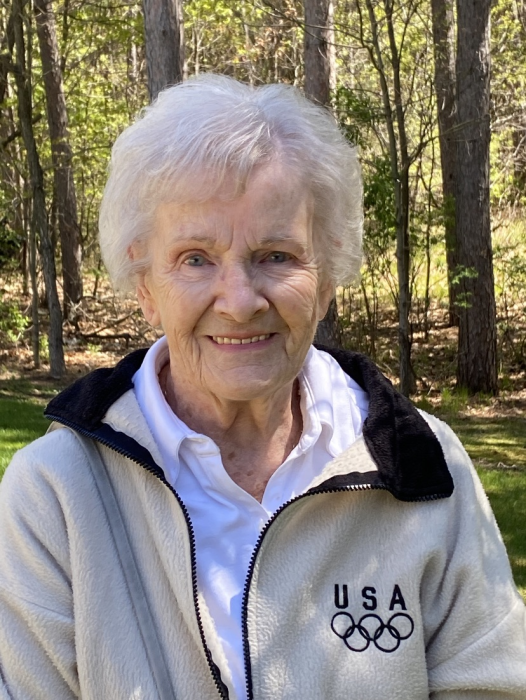 Clare was born in West Allis, Wisconsin on July 4, 1930, to the late Theodore and Marie (Gage) Schaumann. At the age of 19 she met Russell Jeschke while roller skating at Saint Pius.  Russ and Clare fell in love and were married in 1949. Together they owned and operated a custard shop and a Mobil service station in the Milwaukee area. Clare and Russ enjoyed vacationing in the Northwoods so much they decided to move their family to Rhinelander where they opened their first NAPA store. They also helped manage Pleasure Point Resort on Crescent Lake, along with her sister Marianne and brother-in-law Andy. Eventually Clare and Russ decided to move to Minocqua to open a NAPA store with their sons John and Jim. Clare worked alongside her husband and sons and took care of the bookwork for their stores from 1968-1987. Clare and Russ eventually enjoyed a long and well-earned retirement in Sun City Arizona.  Clare recently moved back to Wisconsin to be closer to her family.

Throughout her life Clare was active in many sports and activities.  Bowling and playing volleyball were some of the things that Clare enjoyed. She spent many hours building leaded stained glass pictures and also built several lamps. After moving to Arizona, she and Russ continued to be avid bowlers and Clare became very active in tap dancing and the pompom squad. Clare was a proud and caring wife and mother and of course a grandmother and great grandmother who loved her family.  She will be missed by all who knew and loved her.

Clare is survived by her children, Judi (Steve) Hunter, Kathy (Chris) Pietsch, and Jim (Jo) Jeschke, and daughter-in-law, Joyce Jeschke; 10 grandchildren; 22 great-grandchildren with two new great-grandbabies on the way; as well as her two brothers, Francis, and Theodore Schaumann. In addition to her parents, Clare was preceded in death by her husband, Russell, and her son John.

A mass of Christian burial will be held at 3:00 pm on Friday, July 2, 2021, at St. Therese Parish, 113 W. Kort Street, Rothschild. Father Joseph Albert will officiate. Visitation will take place from 2:00 pm until the time of services at the church. Family and friends are asked to go to www.brainardfuneral.com to leave words of remembrance and online condolences.

To order memorial trees or send flowers to the family in memory of Clare Jeschke, please visit our flower store.