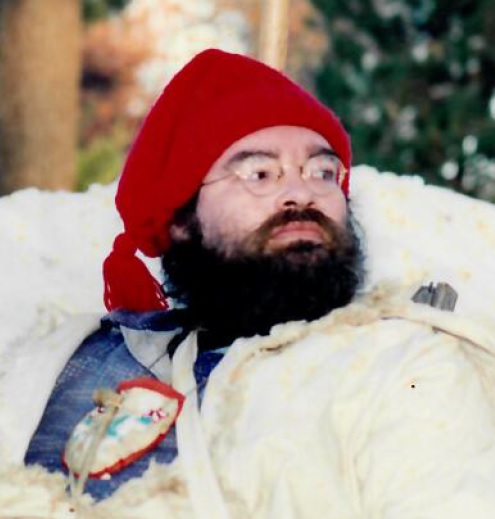 Daniel was born on December 4, 1955 in Antigo, WI, to Raymond and Lillian (Ketelaar) Buss.

He spent his early years in the Eland, Wittenberg-Birnamwood area and later moved to Wausau. Dan attended North Central Technical college after high school. He was employed by Marathon Electric for 40+ years until health reasons became an issue and he retired in November of 2017.

Dan married his wife Linda (Rietz) on April 13, 1985.  They welcomed two daughters into their home, Lillian, November 7,1990 and Victoria, July 31,1992.  Together they moved from Birch Gardens trailer court to their land and home in Weston in March 1993.  Dan and his family became avid pre-1840 campers/re-enactors. Dan enjoyed many a blazing campfire with friends, family, home brewed spirits and great music.  He also enjoyed coffee so strong a spoon could stand up in it. After retirement he spent many hours watching the wildlife in the woods and yard around the house.  He has some of the best fed wild birds anywhere.  It was habit to give the family the daily wildlife update when they got home. There were many hours also spent watching his favorite shows like Star Trek, Big Bang Theory and many shows on PBS.

His girls can remember hearing from little on his favorite saying whenever a thunderstorm rolled through "The thunder crashed, The lightening flashed, The tree fell down and the frog got smashed." He would also tell everyone to, "be careful out there and watch out for idiots."

Dan, or some fondly called him Danny, is survived by his wife Linda, daughters Lillian and Victoria, sister Carolyn Krienke (Jerry), niece Crystal Krienke Bonkoski (Brian), nephew Justin Krienke, Rebecca Schmidt, Bruce Rietz (Alyssa) and many loving aunts, uncles and cousins.  Sister-in-laws Peggy Manowski and Cindy Rietz. He was also honored to have many close and caring friends. Daniel was preceded in death by both of his parents.

A celebration of life will be held Friday, March 29, 2019 at 11 am at Brainard Funeral Home- Everest Chapel, 5712 Memorial Court, Weston with a visitation from 9 am until the time of service.

The family would like to thank all of the family, friends, work families at Shopko and McDonald's who have been so supportive at this time.  They would also like to thank the team of first responders, police officers, funeral home employees and all the people who tried to help on the night of passing.

To order memorial trees or send flowers to the family in memory of Daniel Buss, please visit our flower store.