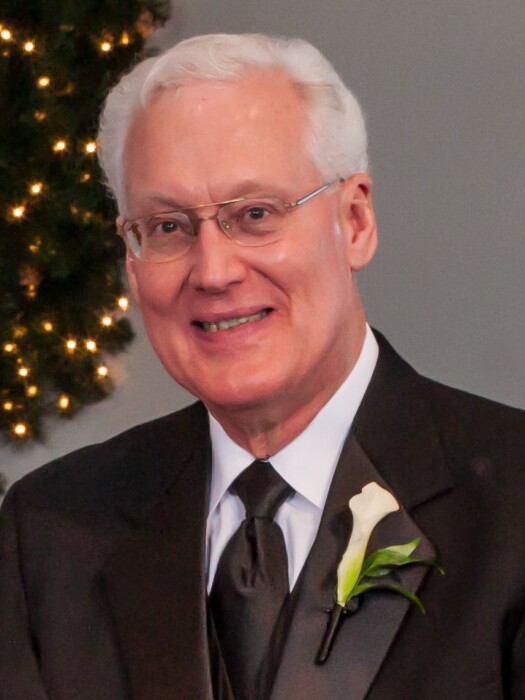 Daniel Harold Fritzel, 78, of Wausau, WI, went home to rest in the loving arms of Jesus on Sunday, October 24, 2021. Dan was born on June 28, 1943, in Iowa Falls, IA to John and Anna Fritzel (Janssen). After graduating high school, he went on to study at DeVry Technical Institute in Chicago and worked in various information technology roles at IBM, Memorex, Emmons, and several local business establishments, eventually founding his own company in 1986, Fritzel’s Business Equipment, in Wausau.

Dan was a man of strong faith and was sure of his relationship with Jesus. He was active in his local church community and always greeted you with a warm smile or hug and a cup of coffee in hand. He encouraged his kids to pursue the path God had before them, and constantly lifted others up in prayer. Dan served in his church as an elder and excelled as a sound technician there for many years.

Dan proudly served his country in the US Army, being stationed at Fort Hood, TX, from November 1964 to November 1966.

Dan and Dale spent many hours together on the road exploring different parts of the country, and he was always ready for the next road trip. A favorite recent highlight was a trip to The Ark Encounter in Kentucky.

Dan was a woodworking craftsman, taking great pride in his detailed handiwork. A lifelong learner, he was rarely caught without a tool or knowledge of how to fix almost anything. He had a habit of disassembling brand new items to make sure the factory had sufficiently lubricated all the moving parts, and in the process, he also learned how to fix it when the inevitable failure would occur.

Dan had a soft spot for God’s creatures great and small as well as the many people he loved, and he will be missed until we are reunited with him in Heaven.

To order memorial trees or send flowers to the family in memory of Daniel Fritzel, please visit our flower store.