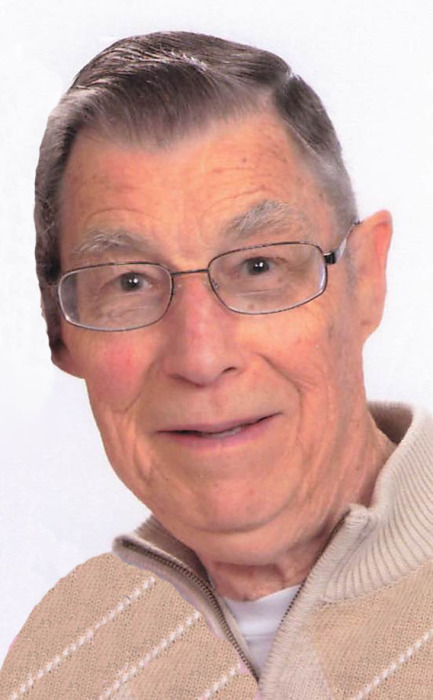 David Anklam passed away with family by his side on Sunday, November 21, 2021, at Aspirus Hospital in Wausau.

He was born on August 28, 1934, to Hugo and Ruth (Juedes) Anklam. He attended Wausau East High School and immediately after graduation he enlisted in the United States Air Force. While serving he spent four years in Germany.

After returning from his enlistment, David attended North Central Technical School where he majored in accounting. He was employed by Wergin Construction Company, and later became a flooring estimator for Olson Carpet One.

In 1960, David was united in marriage to Judy Rackow. They were married for 61 wonderful years. He loved his home and family. He was at his happiest while tending to his yard and blue spruce trees, biking, or spending time with his grandchildren.

He is preceded in death by his parents, brothers, Roland and James, and sister, Phyllis.

The funeral service for David will be held at 11:00 a.m. on Monday, November 29, 2021, at Our Savior Lutheran Church, 703 Flieth Street, Wausau. A visitation will be held at the church from 10:00 a.m. until the time of service. Entombment will take place at Restlawn Memorial Park following the service.

To order memorial trees or send flowers to the family in memory of David Anklam, please visit our flower store.