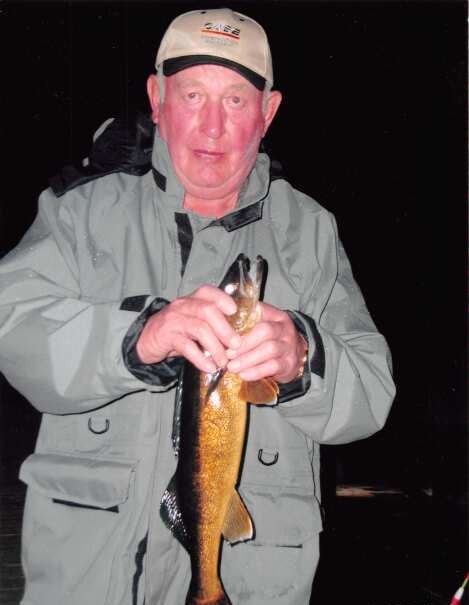 David was born in the Town of Texas on March 7, 1931 to the late Arthur and Elsie (Steffen) Traska. David attended school until the 8th grade, when he left so he could help work the family farm.

On January 25, 1952 David joined the United States Army and served his country honorably until December 9, 1953. For his service David was awarded the Korean Service Medal, United Nations Medal, National Defense Service Medal, Combat Infantry Badge, and the Good Conduct Medal. David was honored to have participated in the Never Forgotten Honor Flight, and he was a proud member of the VFW Post 10.

After leaving the army, David worked for Wausau Iron Works, Murray’s Foundry, JI Case and several other job endeavors. He also owned and operated Traska Roofing for 25 years before passing it onto his son Jeff, who continues to run the business today.

David was an avid outdoorsman who enjoyed gardening, fishing, and hunting.  He enjoyed taking drives, sharing stories, and sharing vegetables from his garden with his neighbors. Most important to David was his family. He looked forward to spending time with them whenever he could. He will be missed by all who knew and loved him.

Funeral services will be held at 6:00 pm on Saturday, February 27, 2021 at Brainard Funeral Home-Wausau Chapel, 522 Adams Street. Visitation will take place from 3:00 pm until the time of services at the funeral home. Livestreaming of the service will be available for those who are unable to attend.

There will be a Celebration of Life this Summer as well; please watch for an announcement on the Brainard Funeral Home website.

Family and friends may go to www.brainardfuneral.com to leave words of remembrance and online condolences and to view the livestreaming.

In lieu of flowers, memorials in David’s name may be sent to the Never Forgotten Honor Flight.

Social distancing and masks are requested.

To order memorial trees or send flowers to the family in memory of David "Pep" Traska, please visit our flower store.