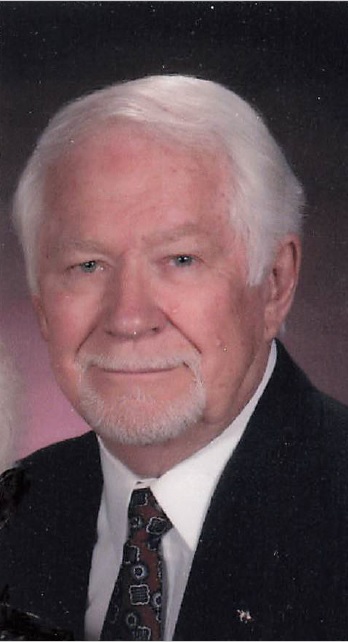 He was born December 24, 1929, in Wausau to the late Albin and Ramona (Hoerter) Gilbertson. On July 8, 1950, he was united in marriage to Jeanette “Jan” Empey at St. Paul’s U.C.C. in Wausau. Together, they shared 71+ wonderful years of marriage; raising their family and enjoying all life had to offer.

He began his 32-year career with the Wausau Police Department in 1952, and in 1963 was promoted to desk sergeant. He was a 1966 graduate of the Northwestern University Traffic Institute. In 1972, he was advanced to Traffic Sergeant, supervising the Traffic Division, and served as Secretary of the Wausau Traffic and Parking Commission. During his 12-year tenure in that office, he was dedicated in promoting traffic, pedestrian, bicycle and motorcycle safety; receiving recognition every year, including the Grand Award from AAA in 1980 for being the safest city in the United States for cities of comparable size. He made numerous trips to Madison with city officials to accept these awards and was proud of achieving these honors. Del was on the departments’ pistol team competing in matches throughout the state, and in 1961 the four-member team won the W.P.P.A. class C state championship in Kenosha. In 1960, he was instrumental in organizing the Wausau City Employees Credit Union; serving as secretary for two years. In 1962, he was elected president and held that office for four years.

After retiring in 1984, his long-time friend, Charles Helke, offered him a full-time position at the Helke Funeral Home. He was employed there for ten years.

In 1994, he and Jan sought warmer temperatures, so they moved to their dream home in Sun City, Arizona, where they resided for 19 years. During those years, they traveled extensively throughout the United States and eighteen foreign countries. Del enjoyed golfing and had the privilege of working as a Marshall for ten years at the Annual Phoenix Open in Scottsdale.

He was a member of Sun City Masonic Lodge #72, El Zaribah Shrine, Sun Cities Shrine Club (serving as president in 2003), and the Sun Cities Scottish Rite Club. He and Jan were actively involved in the annual Clothe-A-Child program during the Christmas season.

In 2011, they moved back to Wisconsin to be closer to their family. He reinstated his membership with Forest Lodge #130, F. & A. M. in Wausau. He was a 32nd degree Master Mason, longtime member of Zor Shrine in Madison, and in 1987 was chosen to serve a one-year term as Outer Guard on the Zor Shrine Divan. He was a lifetime member of the Ancient and Accepted Scottish Rite of the Eau Claire Valley, where he was a Past Most Wise Master of the Chapter of Rose Croix and was active in degree work each spring and fall. Del worked diligently to support the Shrine Hospitals; transporting children and their families to and from the Shrine Hospital in Minneapolis.

His family meant more to him than anything else in the world and he was so proud of the close bond and love that existed. They never greeted or parted without expressing their love for one another.

A private family memorial service will be held at the Restlawn Memorial Mausoleum Chapel for Del and his wife, who passed away on November 26, 2021. Pastor Gloria VanHouten from Peace, U.C.C. in Schofield, will officiate. Memorials can be sent to the Shriners Hospitals for Children, 2025 East River Parkway, Minneapolis, MN 55414, or Peace United Church of Christ, 1530 Grand Avenue, Schofield, WI 54476. Interment will follow in the Restlawn Mausoleum. Brainard Funeral Home, Weston, is assisting the family with arrangements. Online condolences may be given at: www.brainardfuneral.com

The family would like to extend their sincere gratitude to the compassionate caregivers at Renaissance Assisted Living and Interim Hospice Care.

To order memorial trees or send flowers to the family in memory of Dellar "Del" Gilbertson, please visit our flower store.