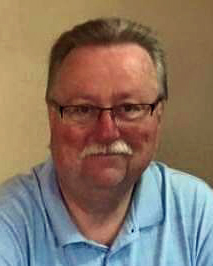 Donald Allan Skare, 63, Weston, went home to be with his Lord and Savior Jesus Christ Saturday March 20th.  After a short stay in Palliative care, he moved to his sister’s house in Rib Mountain to be with his loving family where he enjoyed some time outside in the fresh air and sunshine.

Don was born March 7, 1958 in Wausau to the late Norman and Betty “Betz” (Galipeau) Skare.  He enlisted in the US Marine Corps serving from 1976-80 earning the rank of Corporal.  Don then began working as a mechanic for the City of Wausau, serving as union president and retiring in January 2014 as Superintendent of Public Works for the City of Wausau.  Don married Denise Krueger in Las Vegas on May 17, 1993 bringing their two families together.

Don was a man with a heart of gold willing to help anyone and everyone with any project or need they had.  He was a proud dad and grandpa who was always willing to be there for them no matter what.  He had a gift for problem solving and repairing almost anything and used those skills often.  He was a faithful member of St. Andrew Lutheran Church, serving as Ministry Chair for Personnel for 10 years.  As his health allowed, Don enjoyed golfing, traveling anywhere on his Honda GoldWing motorcycle, camping and dining out with friends and family.  He and Denise went to Jamaica for her son’s wedding in January 2006.   He was a proud member of American Legion Montgomery-Plant-Dudley Post 10 and was an avid supporter of veterans throughout his life.

Don battled with Inclusion Body Myositis (IBM) and heart issues for many years but always met his struggles with dignity and grace.  He ran support meetings for The Myositis Association (TMA) for Wisconsin and wanted to help those battling with this disease.

Don’s funeral service will be at 11:00 AM on Friday, March 26, 2021 at Mount Olive Lutheran Church.  Rev. Lance Hoelscher will officiate.  Visitation will be from 4:00 PM until 7:00 PM on Thursday, March 25 at Brainard Funeral Home Everest Chapel, resuming on Friday at 10:00 AM until the time of service at the church.  Military rites will be conferred following the funeral service at the church.  The funeral service will be livestreamed on Don’s obituary page at brainardfuneral.com beginning at 11:00 AM on Friday.  The interment of ashes ceremony with military honors will be held on a later date at Gate of Heaven Cemetery.  Brainard Funeral Home is assisting the family with the arrangements; you may sign our family guestbook at brainardfuneral.com.

In lieu of flowers, memorials may be directed to the family for a charitable donation in Don’s memory.

Sincere appreciation goes to the doctors, nurses and staff of Aspirus Wausau Hospital Palliative Care and Aspirus Comfort Care and Hospice Services for their compassionate care for Don.   A special thanks to Dr Gerald Grim, MD, who oversaw Don’s care for so many years and to Dr Fritz Riveron, MD and Dr. German Larrain, MD and cardiologist and all of the other medical professionals too numerous to name that worked so hard over the years on Don’s behalf.  Thank you!

To order memorial trees or send flowers to the family in memory of Donald Skare, please visit our flower store.