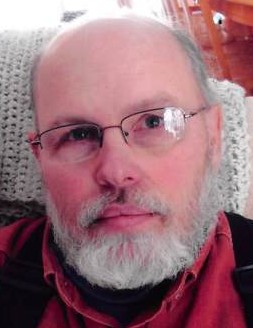 Donald “Skip” L. Lewandoski, Jr. of Wausau, age 69, husband of Doreen S. Lewandoski, passed away Monday, December 3, 2018, at home with his loving family at his side after a long fight against prostate cancer.

Skip grew up in Wausau. He was active in scouting and received his Eagle Scout Award. He proudly served his country in the United States Army. His interests included all types of fishing and hunting. He enjoyed staying up north during all seasons. Scuba diving was another of his interests; earning his “Master Diver” status and he went on many tropical dive trips including a shark dive.

His children include Jamie Loduha and Jennifer (Chuck) Evers. He is survived by one grandchild, Braydon Loduha. He is further survived by a sister, Wendy (Dennis) Rodewald and two brothers, David (Barb) Lewandoski, and Jeffrey Lewandoski. He is preceded in death by his parents, Donald L. Lewandoski, Sr. and Carol O. (Damp) Lewandoski.

In lieu of flowers, please plant a tree in memory of Skip. Go to A Living Tribute’s website, www.alivingtribute.org for the Chequamegon – Nicolet National Forest.

Online condolences may be given at www.brainardfuneral.com

To order memorial trees or send flowers to the family in memory of Donald "Skip" Lewandoski, Jr., please visit our flower store.