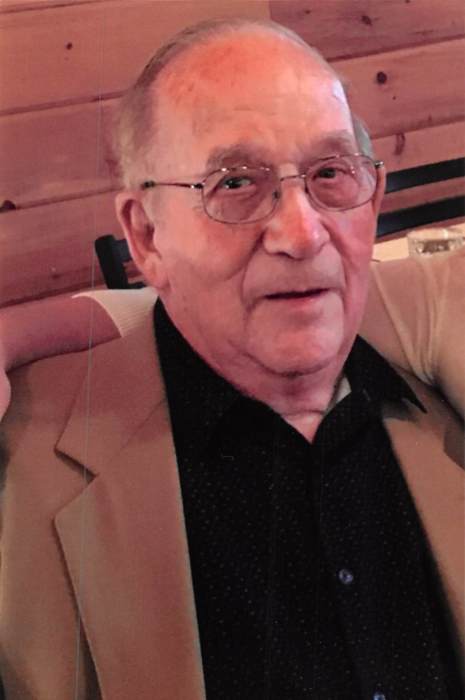 Edward Blohm 84, passed away at his home in Wausau on July 7, 2019 following a courageous battle with cancer.

Ed was born in Milwaukee on December 20, 1934 to Alfred and Anna (Schmidt) Blohm, the youngest of five children.

He attended West Bend High School where he was a star athlete and scholar.  He cut his education short when his brother went to serve his country in WWII and his help was needed on the family farm.

In 1955 he married Carol Gengler.  They started married life in Milwaukee. In 1970 a job change took them to Wausau where they continued raising their 5 children, daughter Nola (John) Furmanek, and their children Lindsay, Justin, and Riley, son, Dale (Bella) and their son Eric, daughter Lori (Terri), daughter Kaye (Doug) Erickson and their children Kassie, Nick, Nate and Karolyn, and daughter Beth (Scott) Hoff and their children Raelena and Kayson.  Ed and Carol were married for 24 years until her death in 1978.

Ed was a people person.  To know him was to love him.  That is what made him such a successful salesman.  His careers with Graf Beverages, Sales Force and Hsu’s Ginseng, won him numerous sales awards.  He also owned his own saw sharpening business “Eds’ Better Edge”.  But Ed knew life wasn’t all about work.  He enjoyed hunting and fishing, (especially with his grandchildren) camping, golfing, reading, puzzling and playing cribbage.  He also enjoyed the time he spent working on projects with the Elk’s Club and with his church.

Ed will be sadly missed by all who knew him, especially his wife Lena, his 10 children, 21 grandchildren and 10 great-grandchildren, sister Lilly, Brother-in law Joe Gscheidmeier, sisters-in-law Rosemary Gengler, Delores (Ken) Skidmore and Judy Neumann and many other friends and relatives.

Ed, now pain free and at peace, joins those who have passed before him, including his wife Carol, his parents, brothers Elmer and John and sister Maisie along with many in-laws.

A celebration of life will be held at Church of the Resurrection, 621 N. 2nd Street, Wausau on July 16, 2019 from 11 a.m. to 1 p.m., with a Mass of Christian Burial at 1 p.m.  In lieu of flowers, donations to the Marathon County Public Library or the Wausau Elk’s Club would be appreciated.

Sincere gratitude to those who helped care for Ed in his home.  You held a special place in his heart.

To order memorial trees or send flowers to the family in memory of Edward Blohm, please visit our flower store.