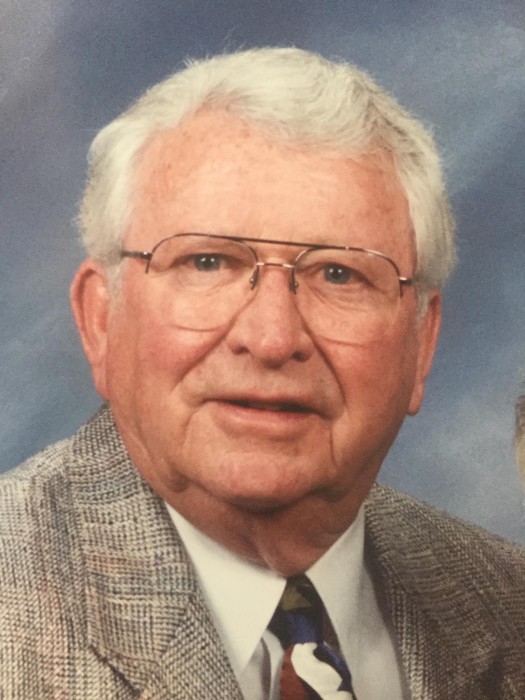 Ed, (Buster) grew up in Erie, spending happy times with his grandfather Clayton Burns on his boat, the Aida, hosting fishing excursions on Lake Erie.  His love of boating lead to his enlistment in the US Navy, being discharged in 1946 as a Boatswain’s Mate, 2nd Class.  He worked for his Uncle Robert Y. Burns’ Ford Agency until 1953 when he was hired by American Sterilizer Company of Erie as a Sales Representative, leaving Erie with his family for Texas and Louisiana. In 1960 he joined the Wisconsin Gas Company as a Sales Coordinator, leaving there for Wisconsin Fuel and Light Company in 1966, retiring as Vice President of their Wausau Division.

He was a past member of the Montgomery Plant Post 10 Wisconsin American Legion, Wausau Rotary Club, Wausau Country Club and the Free Masonry Valley of Erie Shriner Zem Zem Temple.

Ed will be remembered as a dedicated community member, great friend, and strong committed family man, who enjoyed life, and lived life to the max. He loved to go out to eat and to entertain. At Christmas he was Santa Claus. Whether on the golf course, in a boat, at a curling barn, on vacation or at home with family and friends, Ed had a great time.

Besides his parents, Ed was preceded in death last October by his loving wife of 70 years, Ilma.

Visitation will take place in the Chapel Mausoleum at Restlawn Memorial Park, 4710 N. Troy Street, Wausau on Saturday, February 23 from 1:00 pm to 2:00 pm, with a memorial service at 2:00 pm. Father Peter Kieffer will officiate.

In lieu of flowers memorial contributions may be made to Montgomery Plant Post 10 American Legion and the Wausau Never Forgotten Honor Flight.

To order memorial trees or send flowers to the family in memory of Edward Hersperger, please visit our flower store.