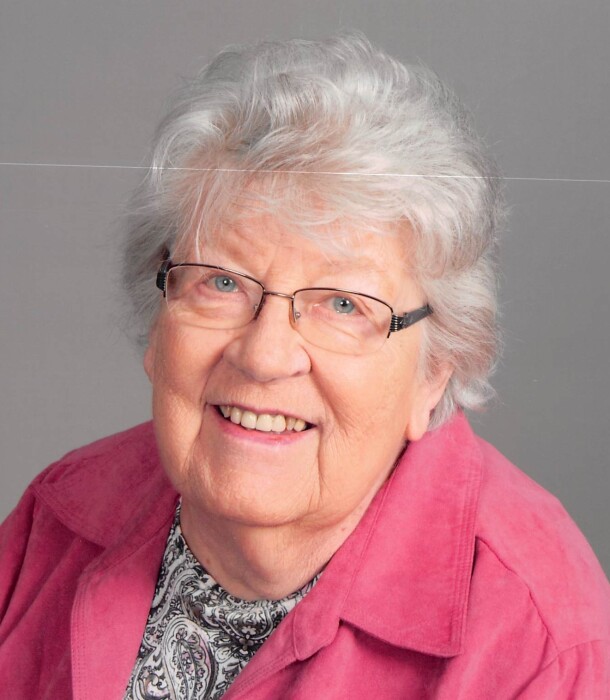 Elaine was born on December 14, 1935 to the late Charles and Mayme (Wuori) Salo.  She was united in marriage to Eugene Kolden on October 21, 1958 in Northwoods, Iowa.  They would have four wonderful children and nearly 42 years of memories.  He preceded her in death in October 2000.

Elaine was proud of her Finnish heritage and embodied the Finnish term Sisu, which is the Finnish term that encompasses the qualities of perseverance and determination and helping people overcome the adversities they face in life. She also appreciated the Sauna, like any true Finn would.  She lived a life of service, especially through education.  Elaine was a teacher at John Marshall Elementary School in Wausau, a Sunday School teacher at Pilgrim Lutheran Church and a youth wrestling coach.  She was also active at Pilgrim Lutheran Church and was a member of the quilting club.  She was also a talented painter and used her gift to bring joy to her friends and family.  In their retirement, Elaine and Eugene became snowbirds.  They spent winters in Gulf Shores, Alabama and were active members of the Wisconsin Snowbirds Club.  They also built a cottage on Killarney Lake in Tomahawk where they enjoyed the outdoors and were a part of the Killarney Lake Association.

In addition to her parents, she is preceded in death by her beloved husband, Eugene Kolden, sister Charlene Pugleasa, brother John Salo and grandson Arick.

Memorial Service will be held at 11:30 AM on Tuesday, September 20, 2022 at Pilgrim Lutheran Church, 709 Weston Ave, Wausau.  Vicar Pat Kempf will officiate.  Visitation will take place from 10:00 AM until the time of the service at the church on Tuesday.

To order memorial trees or send flowers to the family in memory of Elaine Kolden, please visit our flower store.