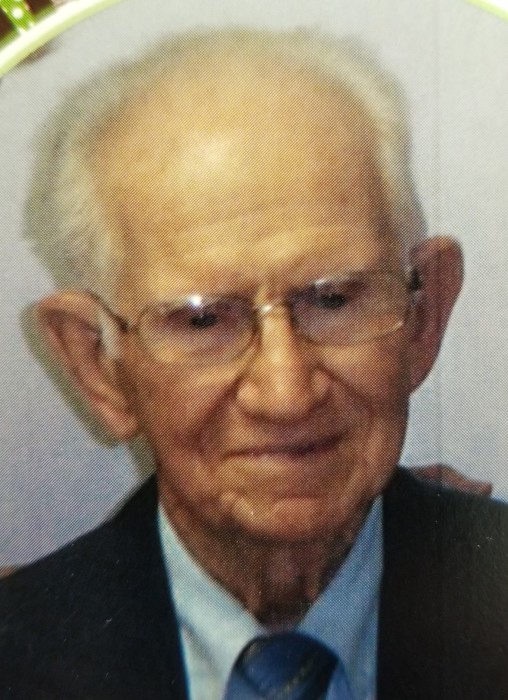 Eugene, who typically went by “Andy”, was born July 5, 1922 at home in the Town of Maine to the late Nailus and Martha (Genz) Anderson. Andy married Delores Schwede on August 17, 1946 in the Town of Texas at Mission Evangelical Church and served in the Army from 1943 to 1946 and was in the Battle of the Bulge. He was a licensed stone cutter for Anderson Bros. and a welder at Hammer Blow, from where he retired. Andy spent his summers working at Camp Blessing as a handyman and mowed lawns at the camp, cemetery and church. He was an active member of the Honor Guard for VFW 388 and was a life member. Eugene was also a deacon at the church- helping out with anything that had to be done. He loved his 10 grandchildren, 25 great-grandchildren, and 2 great great-grandchildren.

In lieu of flowers, memorials may be made to the church or Camp Blessing.

To order memorial trees or send flowers to the family in memory of Eugene Anderson, please visit our flower store.