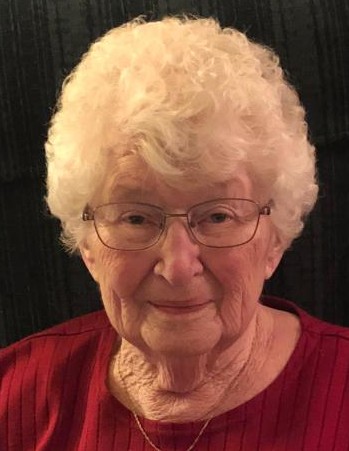 She was a teacher in the D.C. Everest School District for 20 years and was known for her beautiful singing voice and being a soloist and member of the church choir for many years.  Some of her most favorite times were spent in the camper on Lake Tomahawk and walking the beach in Florida.

Besides her parents and husband, she was also preceded in death by her brother James Mularkey, sister Carol Mularkey, granddaughter Michelle Seehafer, and sons-in-law Richard Gedert, Randy Krueger, and Carl Reevs.

A memorial Mass will be celebrated at St. Therese Catholic Church, Rothschild, on Friday, December 28 at 11:00 a.m.  The Rev. Louis Britto will officiate.  Friends may visit at the church from 9:00 a.m. until time of the Mass.   Burial will be in the Gate of Heaven Cemetery, immediately following the service.  In lieu of flowers, she requests memorials to be given to the P.M.D. Foundation at 1 Greentree Center, 10000 Lincoln Dr. East, Ste. 201, Marlton, NJ 08053.

The family would like to thank Bernie from Aspirus Palliative Care for her caring support during Mom’s last days.

To order memorial trees or send flowers to the family in memory of Evelyn Peterson, please visit our flower store.