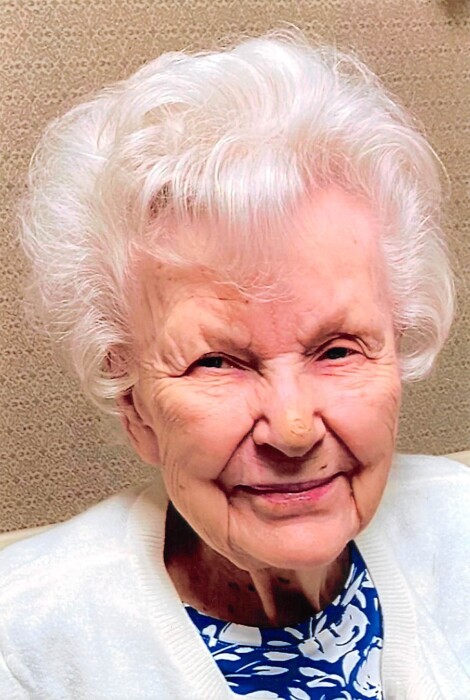 Evelyn A. Werth passed away peacefully December 5, 2021 in Wausau, Wisc.  She was born in March of 1922 in New London, Wisconsin, the daughter of Henry and Hattie (Lasch) Jannusch.  In addition to her parents, Evelyn was preceded in death by her husband, Wilmer Werth and her brother Dr. Rev. Merton Jannusch of Green Bay, Wisconsin.   Survivors include her daughter Linda (John) Nesseth, Colorado and son Greg (Ann) Werth, Wausau; 4 grandchildren, 15 great-grandchildren, many step-grandchildren; sister-in-law Ruth Jannusch, along with several nieces and nephew; other loving relatives and friends.

Evelyn attended St. Paul’s Lutheran Parochial School in Wittenberg, graduated from Wittenberg High School, and attended Wausau Business Institute.  She married Willmer “Will” Werth on April 18, 1944, during World War II.  Following the War, they lived in Loves Park, Illinois, where their two children were born.  After 25 years they separated.  She married Vern Thompson of Rothschild, Wisc. and Will married another as well.  Upon the death of their spouses, Evelyn and Will saw the Lord mightily work in their lives to bring them back together – AGAIN and they remarried Sept. 21, 1996 (their son and daughter were their attendants).

Evelyn’s whole life’s passion and talent was music (piano/organ and singing for many years in the Zion Lutheran Church Choir, Wausau).  She also enjoyed playing cards, reading, traveling and golf, which she played well into her 80s (her last one with her son).  Her favorite memories were the many years the whole family enjoyed going “Up North” to Minocqua every weekend during summer and then later years, the “Family Honeymoons” in Florida.  She was a great conversationalist and treasured time together with family and friends.

Private family services are planned for a later date, so the family requests that any memorial gifts be given to Zion Lutheran Church, Wausau, Wisc. or Homme Home Foundation, Wittenberg, Wisc. to support the Wausau Campus. Brainard Funeral Home, Wausau Chapel, is assisting the family with arrangements. To share condolences and memories with the family, please visit www.brainardfuneral.com.

To order memorial trees or send flowers to the family in memory of Evelyn Werth, please visit our flower store.