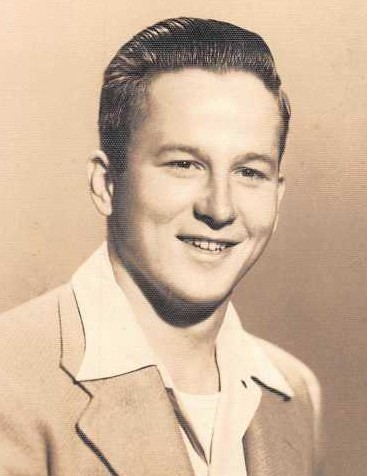 On the bright, beautiful, early autumn morning of October 13, 2018, a great heart was stilled and an ever greater spirit was released into the heavens. Our wonderful and kind father, Frederick Phillip Schnell, 93 years young, said goodbye. Those who were lucky enough to know him will never be the same. While time robs every one of the people they care about, it can never take from us the special moments we have of our father, safely locked into our souls. He truly a great man and our hero.

He was born on January 1st, 1925, at his home in Ford City, Pennsylvania, to the parents of Frederick and Verda Schnell. During boyhood, he had to move many times. This was because his dad served as a store manager for the five and dime store companies of H.L. Green and McCrory’s & McClellan. Each transfer was a promotion to bigger and better stores. There were times they moved to a new town one week, only to have his father transferred the following week to a different city and store. Because of these transfers, it made his family members even closer to one another and it required Dad to learn how to make friends quickly. This skill would help define his ability during adulthood to make and maintain many long and cherished friendships. Many people knew and liked Dad very much.

Our father served his country in the Navy during World War II and beyond. His six years of service started in 1942. During the war he was a Twelve O’clock High Machine Gunner on a Grumman TBF Avenger, off the famous aircraft carrier, The U.S.S. Hornet. He participated fully in the aerial combat of many battles, among some of the more notable were Iwo Jima, Okinawa and chosen to be in the leading line of planes to attack and sink the Yamato (the lead ship of the Japanese Navy), and to be in the very first wave of planes to bomb Tokyo. Because of his valor, our father was awarded many medals of bravery. Among some of these honors were The Distinguished Flying Cross, and The United States of America Air Medal (which he won on four different occasions).

He met and married June Rose Alice Fischer on January 3rd, 1948 in Oshkosh, WI. Their marriage was long and very happy, 64 years in all. For a career, Dad served as a Field Engineer for Cities Service Oil Co., which became Citgo and now is Occidental Petroleum Co. Dad and mom had a cottage on a lake near Eagle River, WI where they spent many enjoyable days. Dad and his sons went on numerous fishing trips, sometimes these adventures included travels to Canada for fly-ins or to Devil’s Lake, in North Dakota. The most cherished place to fish was Lake Gogebic, in Michigan Upper Peninsula. Dad was a big Packer fan and had the good fortune to meet and converse with Coach Vince Lombardi on a few occasions. He also was a big fan of the Wisconsin Badgers and Milwaukee Brewers.

Our father gave generously of his time and talents to family, friends, church, and local service groups. He was a parishioner of Pilgrim Lutheran Church for 47 years and a member of the Wausau Elks Club.

Funeral Services will be held at 11:00 a.m. on Friday, October 19th at Pilgrim Lutheran Church, 709 Weston Ave, Wausau. Visitation will be held from 4:00-6:00 p.m. on Thursday, October 18th, at Brainard Funeral Home – Wausau Chapel, 522 Adams Street, Wausau, and again on Friday from 9:30 until the time of service at Pilgrim Lutheran Church. Interment will follow the service at Restlawn Memorial Park with Military Honors performed by American Legion Montgomery-Plant-Dudley Post 10.

To order memorial trees or send flowers to the family in memory of Fred Schnell, please visit our flower store.