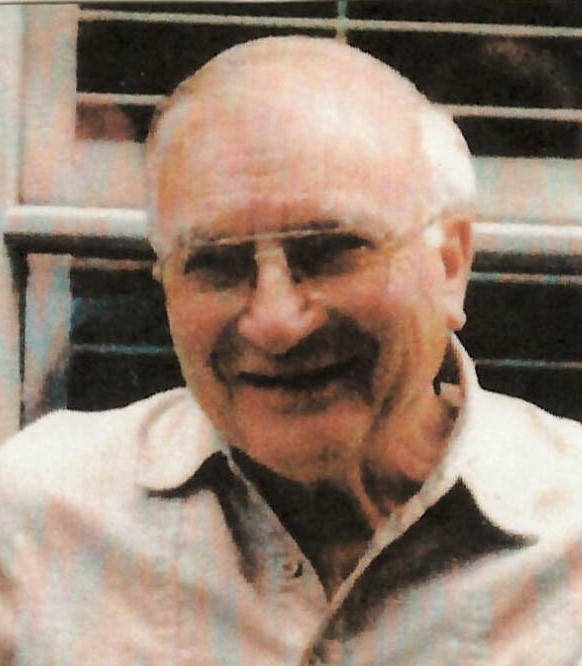 Ray, as he was mainly known by his middle name, was born in Antigo, WI on April 15, 1923 to George and Fantassa (Hungerford) Schoenfeldt. Ray was the youngest sibling of two brothers, Verl and Floyd, and an older sister, Janice Olk, all which preceded him in death. On September 19, 1944 he married Lucille Noe of Antigo, Wisconsin in Tallahassee, FL. Lucille passed away September 1, 2008

Ray was an astute businessman involved in a variety of ventures. He began in the funeral business, first in Antigo and then in Milwaukee, acquiring an Embalmer’s License in 1950. In 1959 the family moved to Rothschild, WI and then to the Southeast side of Wausau. He and Lucille owned and operated Ray’s One Hour Martinizing on Grand Avenue from 1960 to 1969. He also owned Ponderosa Restaurant and Motel with business partner Leon Burger from 1968 to 1977. He also owned a Chips Restaurant in Janesville, WI.

Ray was very active in the community. He was a member of the Wausau Lions Club, Shriners, Elks Lodge, American Legion, Past Master of the Masonic Lodge, and a past president of the South Side Businessmen.

Upon retirement, Ray and Lucille moved to St. Augustine, FL in 1984 and enjoyed life by the beach until they returned to the Wausau area in 2000 to be closer to their children.

Ray is survived by his sons, Fred (Lois) of Hatley, WI, Todd of Wausau, WI, and daughter Jean (Mark) Hoskin of Houghton, MI. He was preceded in death by a daughter, Anne, and a son, David. He has one grandson, Brent (Kate) and two great granddaughters, Stella and Nora of Macungie, PA.

The Schoenfeldt family would like to thank all his caregivers, especially the attention and care from Copperleaf Memory Care, Aspirus Comfort Care and Hospice Services, and Mount View Manor.

Funeral Service will be held at 11:00 a.m. Monday, January 7, 2019 at Brainard Funeral Home – Everest Chapel, 5712 Memorial Court, Weston, WI. Visitation will be held from 9:00 a.m. until the time of service at the funeral home. Interment will follow the service at Restlawn Memorial Park where Military Honors will be performed by the American Legion Montgomery-Plant-Dudley Post 10. In lieu of flowers, memorials in Ray’s name may be directed to Aspirus Comfort Care and Hospice Services.

To order memorial trees or send flowers to the family in memory of George "Ray" Schoenfeldt, please visit our flower store.