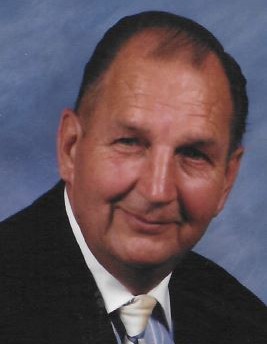 Glen is survived by his wife Carolyn, his daughter Brenda (Keith) Schreiber, his daughter Sara (Allen) Schmidt and his grandchildren Derek, Travis, and Kendra Schmidt. He is further survived by his in laws Audrey Viergutz, Patricia Ringle, and Marlene and Glenn Opichka as well as many nieces, nephews, cousins and cherished friends.

Glen served his country as a member of the US Army during the Korean Conflict.

Glen retired from the City of Wausau Water Department in 1994 after 33 years of service. After retiring he took on many other jobs to stay occupied and to learn new things. These ranged from working in the area in cranberry bogs and ginseng fields, to packing candy, portraying Santa at the Wausau Center Mall, and being the outdoor custodian at Immanuel Lutheran Church.

Glen also had many passions, he was an avid hockey and baseball player in his younger years, enjoyed hunting and fishing with family and friends, and traveling with Carolyn throughout the US and Canada. His favorite trip was the Honor flight to Washington D.C.

Glen was also an avid gardener and fruit grower. He always had extra produce to pass to neighbors and to others who walked past his house or stopped in to talk.

Glen will be greatly missed, but always remembered.

Funeral service will be held at 11:00 a.m. on Saturday, November 16, 2019 at Immanuel Lutheran Church, 630 Adams St., Wausau. Rev. Dr. Niveen Sarras will officiate. Visitation will be held from 9:00 a.m. until the time of service at the church. Interment will follow at Restlawn Memorial Park, where military honors will be performed by the American Legion Montgomery-Plant-Dudley Post 10.

To order memorial trees or send flowers to the family in memory of Glen Viergutz, please visit our flower store.