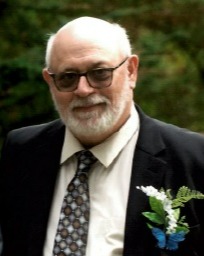 Glenn Hamerly, 65, of Schofield, beloved husband of 45 years to Linda (Goytowski) Hamerly passed away following a courageous battle with brain cancer on January 11, 2023 surrounded by his family.

Glenn was born on January 8, 1958 in Wausau, son of Francis "Fran" Hamerly and the late LaVonne (Haese) Hamerly He graduated from D.C. Everest High School class of 1976. He worked as a Machinist for Marathon Electric for 46 years. In his spare time, Glenn was an avid hunter and loved the outdoors. His passion was the Weston Hit and Miss Trap Club. He started the AIM Youth Trap Shooting program at the Trap Club and served as the Club's President for a number of years. Glenn was also active with the NRA.

He is survived by his wife Linda and their two children, Jarrod (Mayka) Hamerly and Nicole Hamerly. He also leaves his father, Fran Hamerly, his siblings: Cindy (Randy) Kettunen, and Lee (Karen) Hamerly. Glenn also leaves his nephews, extended family, and many wonderful, caring friends that always held a special place in his heart.

A special "thank you" to all the amazing caregivers at the Aspirus Hospice House in Wausau. Without their constant compassion and care, the family would not have gotten through this difficult time.

Visitation will be held on Friday, January 20th at Brainard Funeral Home, Weston, from 4 PM - 7 PM with a service following at 7 PM.

To order memorial trees or send flowers to the family in memory of Glenn Hamerly, please visit our flower store.