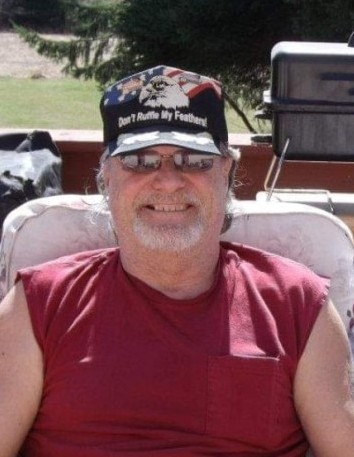 Gordon was born on May 20, 1950 to the late Stanley and Esther (Matushak) Paszek.  He married Carol Krueger, she preceded him in death on September 12, 2018.

Gordon had a variety of interests including dancing and playing cards, fishing, yawning, and making people laugh.  He especially enjoyed things with motors and speed including watching Nascar and spending time riding his various motorcycles, however Gordon’s true love was spending time with his family.

Gordon is survived by; his children, Blaine Paszek, Allen and Tania Paszek, Tami Paszek and Ronald Paszek; 9 Grandchildren; and 2 Great-Grandchildren.  Besides his wife Carol, Gordon was preceded in death by his parents.

A memorial service will be held on 5:00 P.M. on Tuesday, February 18, 2020, at Brainard Funeral Home - Everest Chapel, 5712 Memorial Court, Weston.  Rev. Wes Jedras will officiate.  Visitation will be from 4:00 P.M. until the time of service, all at the Funeral Home.  Online condolences can be directed to the family at www.brainardfuneral.com.

To order memorial trees or send flowers to the family in memory of Gordon Paszek, please visit our flower store.