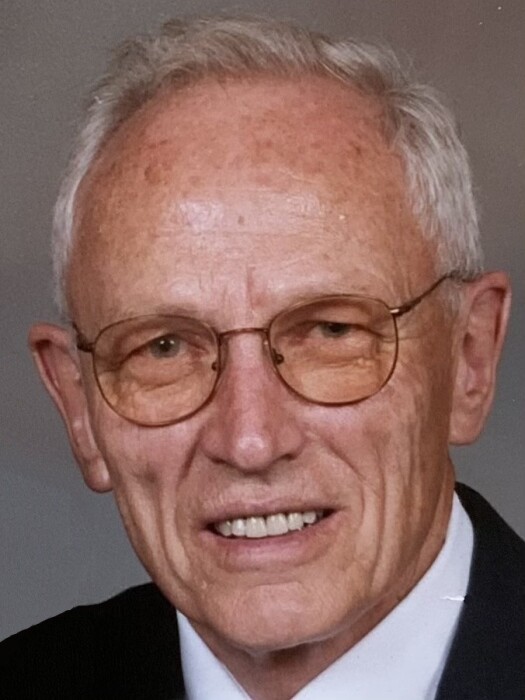 Jacob H. Martens MD, age 90, of Wausau, Wisconsin, passed away peacefully at home on 19 February 2021 with family at his bedside.

He was born in the Bronx, New York, 14 July 1930, to Jakob H. and Meta (Heckstaden) Martens, after their recent immigration from Germany. He attended DeWitt Clinton HS in the Bronx, and graduated with honors from the State University of New York Maritime College (Ft. Schuyler, Bronx, NY), in 1952. He circled the world three times as third mate on the SS Steel Admiral (Isthmian Lines), before enlisting in the US Navy during the Korean War conflict. He served as navigation officer and third in command of the ammunition ship USS Diamondhead AE 19, on which he was subsequently promoted to Lieutenant Junior Grade in December of 1953.

He practiced in both Wausau and Merrill, Wisconsin, founding Radiology Merrill and serving as chief of staff at Good Samaritan Hospital in Merrill, Wisconsin, prior to his retirement in 1999. After retirement, he was blessed to be able to study art through the University of Wisconsin Marathon County campus, and won several awards for his oil and watercolor works. He continued to pursue waterfowl and upland bird hunting until very recently, and left us with plans for travels and fishing trips as yet undone.

He is survived by his wife of 59 years, Kathy Martens, sister Margaret Loranger, sons Tom (Sonja), Peter (Ann Marie), Andy (Bianca) and Chris, and grandchildren Zoe, Max, Hannah, Greg, Jacob, Nicole, and Bernd. He is preceded in death by his infant son, Joseph.

Please join Kathy Martens, friends, and family on Sunday, 15 August 2021 at 2PM at Monk Botanical Gardens, 1800 N 1st Avenue, Wausau, WI 54401 to celebrate the life of Dr. Jacob (Jack) Martens. The family plans a casual ceremony with beverages to include time to share memories. We kindly ask that those attending be vaccinated. Masks will be provided, and required, at the ceremony site for your convenience. We wish to thank those who previously donated in Dr. Martens’ memory to Woodson YMCA Community Partners Campaign (707 3rd Street Wausau, WI 55403), or the charity of their choice.

We wish to thank everyone at Aspirus Hospice, especially Carla Macdonald RN, Kari Kercher RN, Stephanie Wrecke RN, Shelly Soukup CNA, and also Dr. Frank Rubino, for their skilled support and caregiving. In lieu of flowers, please consider a donation to the Woodson YMCA Community Partners Campaign in memory of Dr. Jacob Martens (707 3rd Street, Wausau, WI 55403), or the charity of your choice.

To order memorial trees or send flowers to the family in memory of Jacob Martens MD, please visit our flower store.