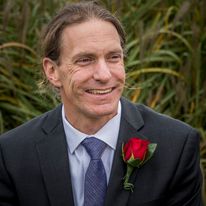 Jacob (Jake) Robert Stachovak 46 of Wausau; passed away Sunday, Dec 19th, surrounded by family in the comfort of his home following a brave battle with cancer.  Jake was born June 9th,1975 to Carolyn and David Stachovak in Wausau.  He was a 93 graduate of Wausau East and held a Business Management and Residential Design degree from Northcentral Technical College.

Jake started working construction at the age of 12 with his uncle Jim.  He joined his best friend Neil in South Florida where he discovered sea kayaking.  After spending three years in Florida, working and guiding kayak tours, Jake moved to Ojai, CA to build homes. Later, Jake was drawn to San Diego to work as a kayak instructor and guide.  Following ten years of living away from family, Jake made the decision to move back to Wisconsin where he could spend more time being the best uncle he could be.  Before moving back to Wisconsin, Jake fulfilled a dream that he had carried since he was a kid.  On Dec 6th, 2009, Jake set out on a 5740 mile kayak trek around the Great Loop which originated and ended in Portage, WI.  Once back in Wausau, Jake started his own business building and renovating homes and he soon met the love of his life - Marit.  Jake and Marit were married Oct 18th, 2018 and enjoyed every moment together canoeing, fishing, camping, and remodeling their home.

Following thirty years of building, Jake had the opportunity to put his hammer down and he joined the Wausau East family as a tech-ed teacher.  In four short years, Jake utilized his life experiences to lead “his guys”, as he always called them, toward careers in the trades.  Jake cared deeply for his students and coworkers; despite being in a tremendous amount of pain, he continued to show his dedication to them by going to school until the week before his passing.

In lieu of flowers the family asks that you make a donation to Chicago Adventure Therapy or the Wausau East endowment fund to establish a scholarship in Jake’s honor.

To order memorial trees or send flowers to the family in memory of Jacob Stachovak, please visit our flower store.