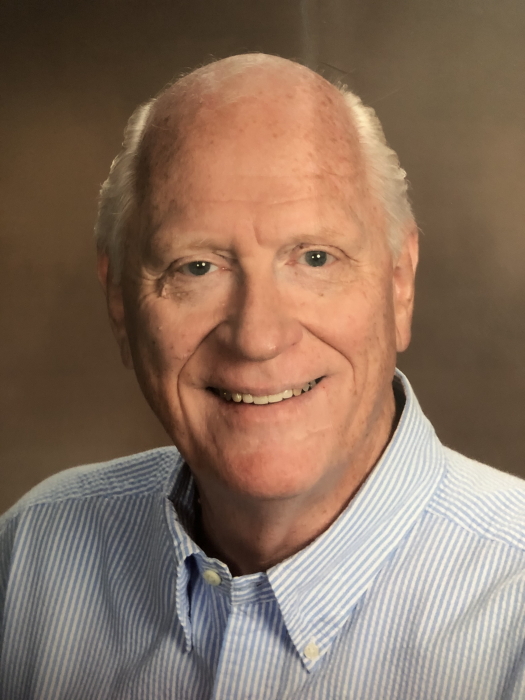 Jim grew up in Middleton, WI.  In his teen years, he helped his father during the summer with his house carpentry business, and was a member of the Madison Scouts Drum and Bugle Corps. He attended UW-Madison and earned a Bachelor of Business Administration. He was also a member of the Illinois Army National Guard from 1964-1970.

Jim and Marla loved to be together. They vacationed at their condo in Palm Springs frequently, and enjoyed trips to San Diego, Los Angeles, and even a trip to Europe.  They both had a passion for riding roller coasters and often visited amusement parks during their travels.  They enjoyed walking, watching their granddaughter’s softball games, going to basketball games, and just being with each other and family.

In 2012, Jim and Marla moved back to Wisconsin after Marla was diagnosed with Alzheimer’s disease.  After Marla’s passing, Jim seemed a little lost without his best friend.  He enjoyed the outdoors, taking a drive through the countryside, and spending time with his family, especially his nephew and grand nephews, and his great-granddaughter.

May Jim rest peacefully with our Lord and Savior Jesus Christ, and enjoy his reunion with Marla forever.

The family would like to thank Aspirus Comfort Care and Hospice Services and Pride TLC in Weston for the care Jim received due to his advanced dementia disease.

Funeral Service will be held at 1:00 P.M. on Saturday, September 12, 2020, at St. Mark’s Lutheran Church 600 Stevens Drive, Wausau, WI. The Rev. Eric Hauan will officiate.  Visitation will be from 12 noon until the time of service at the church. Brainard Funeral Home is assisting the family with arrangements. You may leave condolences for his family at www.brainardfuneral.com. Donations can be made to the Alzheimer’s Association at https://www.alz.org in lieu of flowers.

To order memorial trees or send flowers to the family in memory of James Brumm, please visit our flower store.