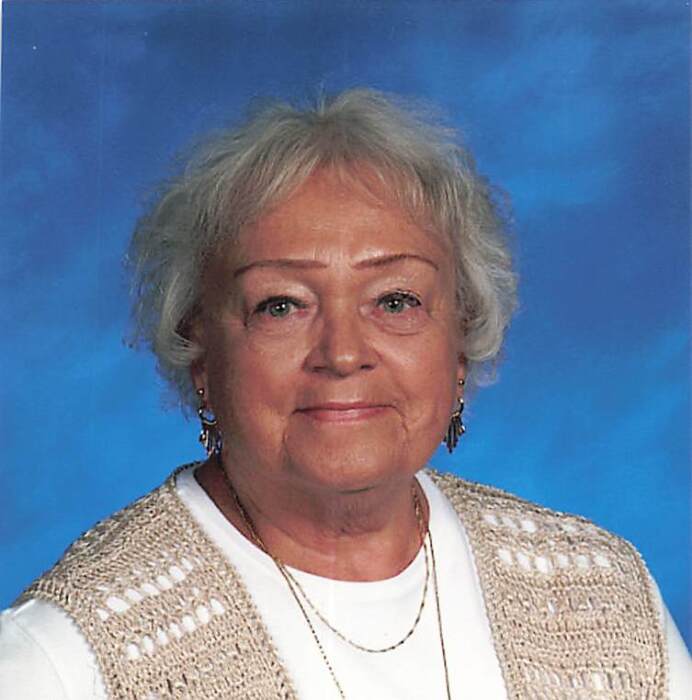 Jeanette Marie (Jan) Gilbertson, 91, Weston, passed peacefully on November 26 while under the care of Aspirus Hospice at Rennes Care Center in Weston.

On July 8, 1950, after dating for four years, she was united in marriage to Dellar (Del) Gilbertson at St. Paul’s U.C.C. in Wausau. Together they shared 71 wonderful years of marriage, raising their family and enjoying all life had to offer.

After graduating from Wausau Senior High School in 1948, she was employed by the former Employers Mutual Insurance Company of Wausau, serving as executive secretary to Stanley Staples, Sr. and H.M. Bower. In 1951 she left the company to be a full-time mother for their children.  In 1960, she returned to work in sales for J.C. Penney Company. After 24 years, she decided to enjoy retirement with her husband.

While their children were growing up, the family planned annual summer camping trips throughout the country, including such places as: Mt. Rushmore, Johnson Space Center in Texas, Grand Ole Opry, Graceland in Memphis, Washington D.C., Niagara Falls and Mackinac Island. At the end of each day, they set up camp, with everyone having an assignment.  The children today still remark how well organized they were.

In 1994, Jan and Del had enough of the blustery winters in Wisconsin and moved to their dream home in Sun City, Arizona, where they resided for almost 19 years. Prior to that move, they spent six winters in Arizona, during which time they fell in love with that gorgeous state.

While residing in Sun City, Jan and Del were actively involved in the Church of the Palms United Church of Christ. They served as Deaconess and Deacon on the Diaconate Committee, Co-Chaired the Memorial and Gifts Committee and were members of the Care and Concern Committee.  Jan served as treasurer, secretary, and president of Priscilla Circle, as well as treasurer of the Sarah Circle, president of Women’s Fellowship, and both she and Del assisted the pastor in preparing and serving communion.  Jan was also actively involved with the annual Clothe-A-Child program at Christmas while her husband was president of the El Zaribah Sun City Shrine Club.

During their active lifestyle in Arizona, they managed to find time to travel extensively, not only in the United States, but throughout the world, cruising with Holland-America to: Hawaii, Alaska, Panama Canal, Mexican Riviera, Caribbean, Italy, Greece, Turkey, Malta, Monaco and Monte Carlo, as well, as Russia, Finland, Sweden, Estonia, Germany and Denmark.

In the spring of 2011, due to health issues, they decided to move back to Wisconsin to be closer to their loving family.

Her family meant more to her than anything else in the world; and she was so proud of the close bond and love that existed. They never greeted or parted without expressing their love for one another.

A private family memorial service will be held at a later date. Memorials may be sent to the Shriners Hospitals for Children, 2025 East River Parkway, Minneapolis, MN 55414 or Peace United Church of Christ in Schofield.   Brainard Funeral Home, Weston, is assisting the family with arrangements.  Online condolences may be given at www.brainardfuneral.com

The family would like to extend their gratitude to the caregivers at Aspirus Hospital, Aspirus Hospice, Rennes Health and Rehab Center, and Renaissance Assisted Living Facility.

To order memorial trees or send flowers to the family in memory of Jeanette Gilbertson, please visit our flower store.