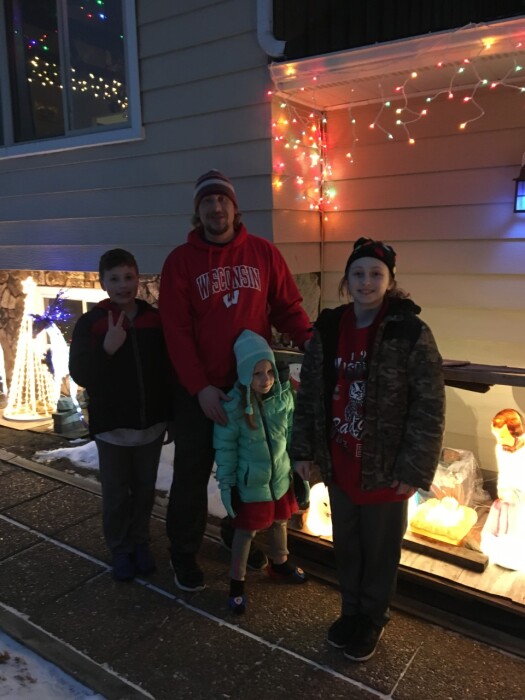 He was born August 4, 1980 in Wausau, WI to John Divjak and Vicki (Seifert) Divjak. He is survived by his parents, his 3 children (Pele, Ezekiel and Penelope), his significant other (Lisa Kissn), his x-wife (Kerrie LaPorte), and numerous aunts, uncles, cousins and friends.

Jeff was a 1999 graduate of DCEverest in Schofield, WI where he was an excellent student and athlete. He loved playing basketball, football and baseball for the school. Jeff attended Lawrence University in Appleton, WI for almost 2 years. During his sophomore year, he severely injured his right leg while playing football. This injury caused him many problems throughout his life. Jeff transferred to the University of Wisconsin-Stevens Point in 2001, where he studied chemistry, biology and clinical laboratory science. He graduated in 2006. Jeff went on to earn a diploma in Medical Laboratory Technology in 2007 at Mayo Clinic and Saint Mary’s Hospital in Rochester, MN. After that, he was employed as a Medical Technologist at Mayo Clinic from May 2007 until September 2009. Jeff went on to become a Medical Laboratory Scientist at the Department of Veterans Affairs Medical Center in Minneapolis, MN. He left there in October of 2013, after suffering a severe accident in the parking lot of that institution. He re-injured the same leg and ankle previously injured in football at Lawrence University. Jeff returned to Wisconsin in 2013. He had surgery at Marshfield Hospital during the spring of 2014, but continued to suffer from pain and disability thereafter. Jeff wore 3 rings in honor of his 3 children. Their births were the greatest joy to him in his adult life. He loved taking them on trips to Florida, Branson, Utah and WI Dells. He encouraged his children to be good students and also to participate in different school activities. He loved their involvement in various hobbies; such as, reading, music, coin and stamp collection, hunting, fishing and various artistic activities.

Jeff will be sorely missed. His family wants to have a Celebration of Life memorial service this summer on his birthday. Hopefully, it will be at Kennedy Park.

To order memorial trees or send flowers to the family in memory of Jeffrey Divjak, please visit our flower store.