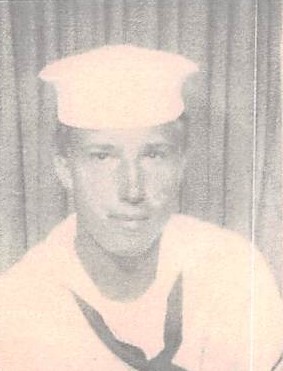 Jerry Van Cauteren, age 79 of Hatley, Wisconsin passed away Monday, October 3rd, 2022, at his home in the presence of his loving wife Anne.  He was born June 13, 1943, to Nick and Florence Van Cauteren in Slinger, Wisconsin.

Jerry was a history buff and loved to read.  He had his passion for antiques. Jerry enjoyed doing blacksmithing shows. The young people were so fascinated by his blacksmithing skills. Jerry let them pump the bellows to put air into the fire pot. The kids just loved it. Jerry had such a big heart with stories and love for life.

Jerry was a world backpack traveler traveling to 43 countries. His wife Anne joined him on his travels to 21 of the countries.

Jerry worked at Broan in Hartford, Wisconsin, Harley Davidson in Milwaukee, Wisconsin and as a Boilermaker in power plants. Jerry served in the Navy and was stationed in Japan. Jerry was a signalman in the Navy and was responsible for sending and receiving messages by flag hoist, flashing light and semaphore. He stood watch on the signal bridge.

Jerry and his wife Anne enjoyed 43 wonderful years of marriage together. He loved his motorcycling and took his wife Anne in 2003 to the 100 Year Harley Davidson Bash in Milwaukee, Wisconsin on his 2003 Heritage Springer.

Jerry is survived by his wife, Anne (Fellenz), his two sisters, Eileen and Shirley, numerous nieces and nephews, his wife Anne’s relation, and all his awesome friends.

He is preceded in death by his parents Nick and Florence, his sister Darlene, aunts and uncles and Ethan his niece Linda’s son.

At Jerry’s request, no service will be held. He just wants to be remembered for the love of life he had and gave to others.

To order memorial trees or send flowers to the family in memory of Jerry Van Cauteren, please visit our flower store.