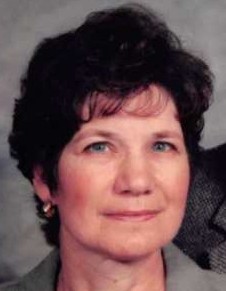 She was born June 7, 1944 in Greensboro, NC to the late Vern and Alice (Brand) Sala. Her father was a 20-year member of the U.S. Air Force and moved his family to various bases including Japan and retired at Ellsworth Air Force base in Rapid City, South Dakota. Joann graduated from Rapid City High School in 1962, where she met her future husband, Clarence. She graduated from State Beauty College, Wausau in 1992 and began her career as a hair dresser. Prior to graduation, she was employed at Montessori school for several years.

When Joann’s daughters were young, she enjoyed dancing and performing with them at Judy Peterson and Dawn Troyer Dance Studio’s. She also performed in Wausau Community Theater plays; sung in Mt. Calvary Church Choir and Senior Citizen Choir, attended Wausau Story Drum and Bugle Corp performances, and volunteered at NCHC. Joann spent many days watching her son, Donnie, play baseball and hockey in his youth.

Funeral service will be held Thursday, February 28, 2019 at 11:00 a.m. at Mt. Calvary Lutheran Church, Rothschild. Pastor Rich Block will officiate. Visitation will be from 9:30 a.m. until the time of services at the church. Burial will be at Restlawn Memorial Park.

Joann’s family would like to thank the staff at Aspirus Hospice House for the compassion and dedication.

Brainard Funeral Home-Everest Chapel is assisting the family with arrangements. Online condolences may be expressed at www.brainardfuneral.com

To order memorial trees or send flowers to the family in memory of Joann Flath, please visit our flower store.