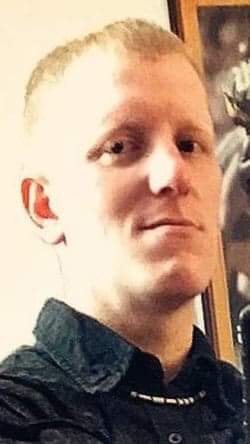 Joel Thomas Kiedrowski, age 39,  passed away on Saturday, September 21, 2019 as a result of an auto accident in Stevens Point, WI.

Joel was born on September 1, 1980 in Stevens Point.  He was the son of Frank Kiedrowski and Karen Palbrach.  Joel attended SPASH and graduated in 1999.

Joel was an avid sports fan- rarely missing games of the Packers, Brewers,  Bucks, and Badgers.  He enjoyed playing tennis, racquetball, biking, and working out.  Joel enjoyed spending time in the Wisconsin north woods and loved fishing. He had a great passion for being in the kitchen and cooking.  He was an aspiring chef.

Joel had a great love of animals and children.  He was easy going and loved making conversation with anyone he met.  Joel wore a bracelet on his wrist that read “Kindness is in our power even when fondness is not”.  It was a true testament to his kind nature.  Those who knew him knew he wore his heart on his sleeve.

Joel lived for many years in Madison, Wisconsin working in the service industry.  He returned to Stevens Point in late 2017, working most recently at WISH in Weston, WI. Joel was loved by so many.  His sudden passing has left a void in the hearts of all those who loved him.

Private funeral services will be held at a later date. Condolences may be sent by visiting Brainard Funeral Home.

To order memorial trees or send flowers to the family in memory of Joel Kiedrowski, please visit our flower store.