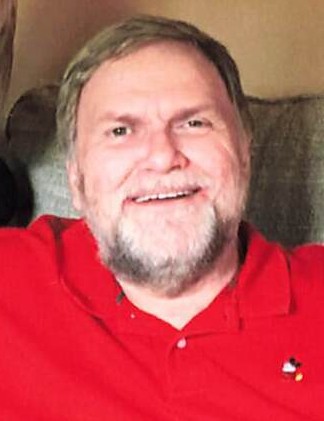 Joel Sommerfeldt, beloved husband, father, grandfather, brother, and friend, passed away unexpectedly at his home on February 25, 2021 at the age of 66 years old.

Joel was born on May 13, 1954, to the late Robert and Marie (Behrendt) Sommerfeldt in Berlin, Wisconsin. He attended Rhinelander High School. It was there that he met the love of his life, Deborah Vocke. At 15 years old, they were not only high school sweethearts; they were best friends. Their growing up together included trips to Wausau and snowmobiling. Joel, always the gentleman, was Deb’s rock. He graduated from high school in 1972.

His intellectual spirit and desire to learn lead him to Luther College in Decorah, Iowa, where he studied biology and chemistry. Joel and Deb were then married on May 31, 1975 and started their family. He earned his Bachelor of Science Degree from Luther and then furthered his studies at South Dakota State University; graduating in 1978 and obtaining his master’s degree in Dairy Science. He pursued a Doctorate in Nutritional Physiology from Iowa State University, graduating in 1982. He then accepted a position as Assistant Professor at Murray State University in their Animal Science Department. In 1984, he returned to his alma matter, South Dakota State University, and taught as Assistant Professor in Dairy Science until 1987. It was then when he joined Nutrition Professionals, Inc. as a partner. In all his achievements, he went above and beyond not only as a professional, but as a person. He never sacrificed the love he had for his family. He retired in 2012 and lived life to the fullest. He shared his bright soul up to the very end.

To describe Joel in one word would be selfless. His care and attention were always on others and not himself. His Christian values and love for his family was above everything else in his life. He loved to hit the open road with his Motorhome and took many cross-country moving adventures with his family. Special to his family were the summers spent on Lake Mildred and the Minocqua Chain Of Lakes, where Joel loved to be in the boat. His quick wit and great sense of humor followed him wherever he went. Cracking jokes and telling stories will be truly missed.

His respect and appreciation for animals, especially elephants, transcended to all types of pets at home. He loved his dogs and the dogs loved him. Joel’s love for Disney kept him a kid at heart with a Diet Coke in his hand and chocolate in his pocket.

Joel is survived by his wife of 45 years, Deborah; children, Joelle (Adam) Steiner and Benjamin (Julia) Sommerfeldt; grandchildren, Isabella, Joseph, and Breanna; and his brother, James (Sherry) Sommerfeldt. He is further survived by several nieces and nephews. He was preceded in death by his parents; brothers, Dr. Ronald Sommerfeldt, MD and Steven Sommerfeldt; and his aunt and uncle.

For everyone that knew Joel – don’t worry, he’s “fine.”

Joel’s Celebration of Life is being planned for mid-May 2021. Brainard Funeral Home and Cremation Center is assisting the family with arrangements. Updated service information will be announced at www.brainardfuneral.com

To order memorial trees or send flowers to the family in memory of Joel Sommerfeldt, PhD, please visit our flower store.