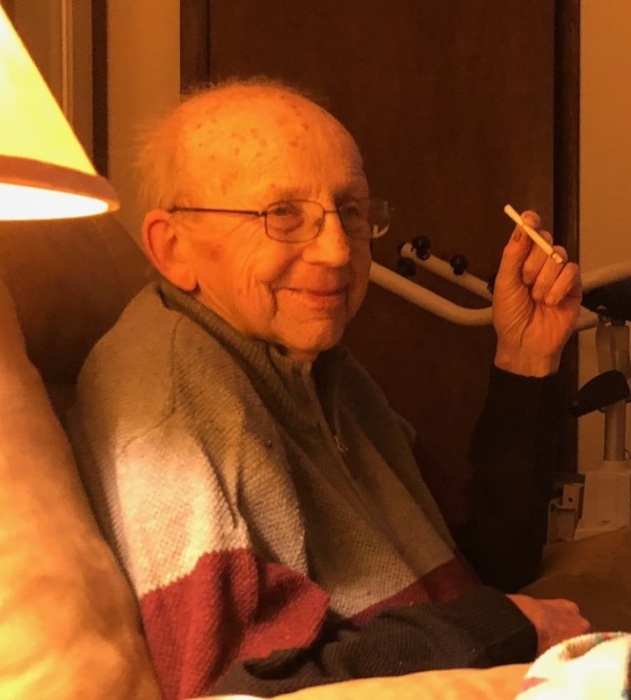 John was born in Wausau August 16, 1942 to the late Arnie and Marie (Belanger) Hablewitz.

In his teens, John worked for the YMCA and a surplus store on 3rd Street. John worked over 35 years at Hammerblow Corp. In his later years, he worked at Menards and Day’s Bowl a Dome.

John met his wife Jeanne Francis Rasmusson at the Lark Bar in 1964. They married October 16, 1965; recently celebrating 55 years of marriage. Jeanne and John built their home on 1972, where they spent 48 years. They loved to go to Las Vegas; playing cards, slot machines & Wayne Newton.

John will always be remembered by his slightly off-color jokes, gruff on the outside personality but was a wonderful kindhearted person on the inside. He was always willing to give a helping hand. In his later years, John loved to visit his friends at Days Bowl a Dome with his adopted dog Charlie.

John is survived by his wife Jeanne, and his brothers, Richard, Wausau, Tom, Harshaw and Dennis of Rockford IL.

A celebration of John’s life will be held this Spring. John’s family wishes to thank Cedar Ridge Elder Services Hospice and the Brainard Funeral Home-Everest Chapel for their assistance.

To order memorial trees or send flowers to the family in memory of John Hablewitz, please visit our flower store.