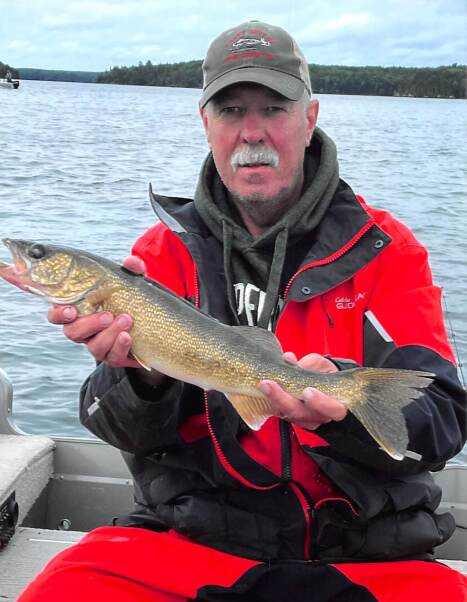 Kent Dolloff, 61, of Lac du Flambeau and Wausau, passed away at home with his loving wife by his side on Tuesday, June 7, 2022.

Kent was known for his love of the outdoors, camping, fishing, especially on his yearly fishing trip to Canada, pheasant hunting in North Dakota, wild bird hunting and pontoon boat rides. Kent was an avid supporter of Wisconsin sports teams and was a yearly season ticket holder of the Green Bay Packers. In his later years, Kent also enjoyed travelling throughout the United States and spending time at his lake house on Tippe Canoe Lake.  His wittiness and one liners will be forever missed!

Kent is survived by his wife of 36 years, Brenda, his son: Eric Bender, his sister: Barbara Remillard, his in-laws: Kathy Reetz, Chris Scott (Wayne), Sharon Vachovake, Rick (Marcia) Wood, Gary (Deb) Wood, several nieces and nephews, and many dear friends. Kent is also survived by his yellow lab, Gracie. Later on in life he enjoyed getting to know his biological father, Erv and 3 sisters Denise, Diane and Dawn.

Kent is preceded in death by his parents, mother-in-law LaVerne Wood and his dog, Ruby.

In lieu of flowers memorials may be directed to Marathon County Humane Society.

The family would like to give a special thank you to Compassus Hospice Care Team.

To order memorial trees or send flowers to the family in memory of Kent Dolloff, please visit our flower store.