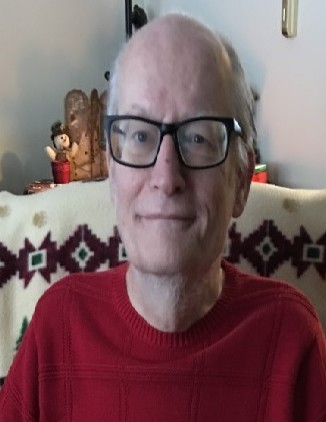 Kurt B. Howard, age 70, of Wausau, passed away peacefully at his home with his family by his side on January 9, 2021.

Kurt was born on May 28, 1950 in Waukesha to the late Vincent R. and Loraine E. (Diekfuss) Howard. Kurt was a 1968 graduate of Wausau Senior High School.  He was united in marriage to the love of his life, Karen Brunner, on September 5, 1986 in Manitowoc. They were blessed with 34 years of marriage and three wonderful children: Paula, Tara and Vincent.

Kurt was employed as a jack assembler at HammerBlow for over 30 years. He was an enthusiast of Nascar, tennis, and especially the Beatles. He was an information and truth seeker on topics, such as religion, politics, aliens and all things history. He would happily share all of his knowledge with anyone who would listen. His infectious smile will be missed by all who knew and loved him.

Besides his parents, Kurt was preceded in death by his father-in-law and mother-in-law, William and Nina Brunner; and by his brother Vincent K. Howard.

The Funeral Service will be available via livestream by visiting www.brainardfuneral.com at 11:00 a.m. on Friday, January 22, 2021.

In lieu of flowers, memorials may be directed to the family.

The family would like to thank the entire staff of Aspirus, especially Aspirus Comfort Care and Hospice, for the amazing love and care given to Kurt throughout his illness.

To order memorial trees or send flowers to the family in memory of Kurt Howard, please visit our flower store.
Open