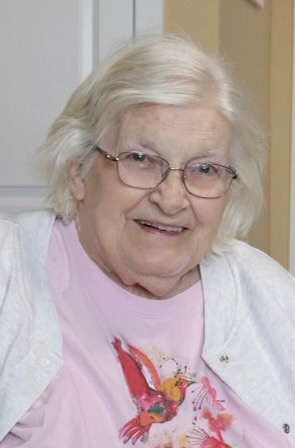 
Laverne was born May 13, 1929 in the town of Easton to the late Arthur Paulman and Ada (Paulman) Brendenmeuhl. Laverne married the love of her life, Walter Henry Osswald on August 9th, 1946. With Walter serving in the U.S. Air Force, the two traveled and lived in various cities throughout the country. They would finally settle on the farm in Wausau, Wisconsin. She loved tending to her beautiful garden and bird watching. Laverne was also a gifted seamstress, knitter, puzzle solver, bookworm, Badger football fan, animal lover and professional spoiler to her grandchildren, great grandchildren and great-great grandchildren.


The funeral mass will be celebrated at The Church of Resurrection of Our Lord Jesus Christ, Thursday, April 8, 2021. Visitation will be held at 9:30am and service to follow at 10:30am.  Brainard Funeral Home will be assisting the family with arrangements.

To order memorial trees or send flowers to the family in memory of Laverne Osswald, please visit our flower store.