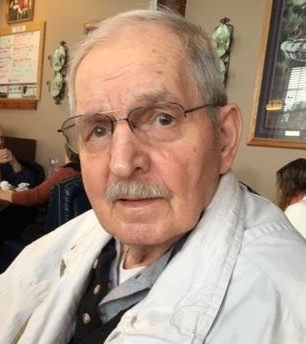 
Lawrence was born January 4, 1928 in Wausau. He served his country in the Army during WWII. Upon his honorable discharge, Lawrence married Angeline on October 4, 1947. He worked for Weyerhauser for over 40 years and enjoyed hobby-farming with his many pets of turkeys and chickens. Lawrence and Angeline were caring foster parents to many- ranging in age from babies to adults. Lawrence enjoyed his special time with his grandkids- especially teaching them how to drive the John Deere. His favorite snack of the day was coffee and chocolate chip cookies.

A funeral will be held Friday, January 4 at 12 noon at Restlawn Memorial Park, 4710 N. Troy Street, Wausau with visitation from 10am until the time of services. Military honors will follow.
The family would like to thank the staff at Mount View Care Center for their care, compassion and friendship to their father.

To order memorial trees or send flowers to the family in memory of Lawrence Zimmerman, please visit our flower store.